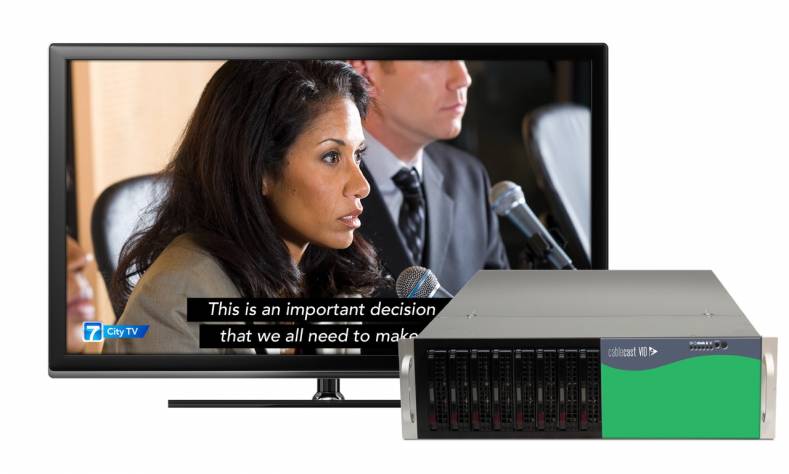 “Users of version 7.0 on our Cablecast VIO servers love the improved flexibility and efficiency it brings to their operations, from expanded format support and remote content uploads, to its ability to ingest live IP streams on an automated schedule,” said Steve Israelsky, President, Cablecast Community Media. “We’re excited to deliver the same advantages to Cablecast Flex users with version 7.1, while adding valuable captioning and web security enhancements for all users.”

Cablecast 7.1’s new support for sidecar caption files enables addition of closed captions to individual programs or complete libraries of existing file-based content. A producer or station can send media files out for captioning, with the results returned as editable sidecar files in MCC or SCC formats. These caption files can then be applied to the corresponding media in Cablecast.

Cablecast 7.1 now offers expanded IP input and file format support for both Cablecast VIO and Cablecast Flex owners. Live, H.264-encoded RTP, RTMP or HLS streams from remote locations or social media outlets such as YouTube Live can be brought directly into the system for recording or broadcast without requiring an external decoder. Programs can be recorded with H.264 compression for greater storage efficiency, while broader codec compatibility including VP8 and Theora enables media files in almost any broadcast or internet-oriented format to be played out without transcoding.