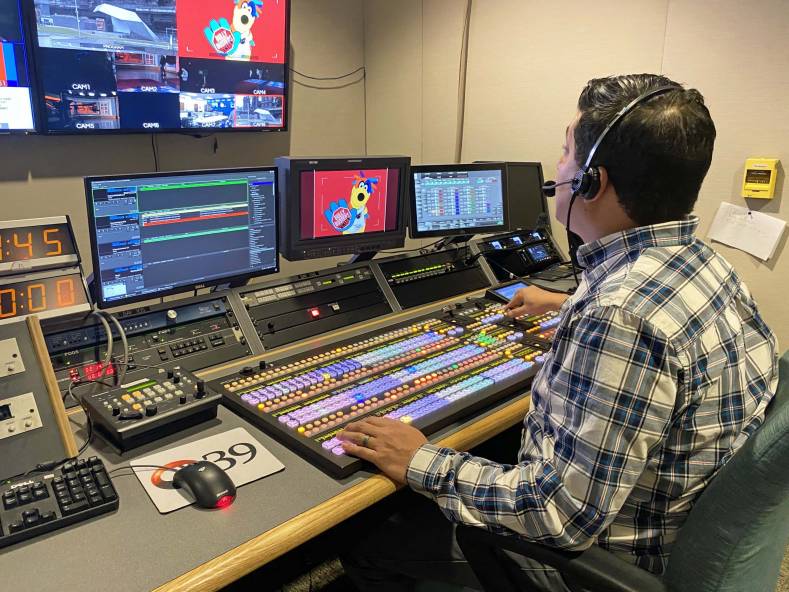 The new equipment has improved the on-air look of the station’s original programming as well as its live production workflows.

For example, the HVS-2000 can load and playback graphics from the ClassX, so the TD can access them during live productions. As a result, PBS39’s graphics designer does not have to be in the control room for ‘routine’ productions.

PBS39 produces more than two dozen shows every month, including episodes of the nationally syndicated series You Bet Your Garden, as well as Scholastic Scrimmage, a long-running local high school academic quiz show. As part of the Philadelphia market serving eastern Pennsylvania and western New Jersey, the station also hosts live “town hall” meetings on a variety of topics. Every series gets its own distinct graphics, and the ClassX has allowed the station’s graphic designer to be more creative.

The For-A kit also supports the use of RSS feeds for updating election results and other data in graphics, a feature that was not supported by the station’s older graphics system.

PBS39 equipped the new switcher with 32 inputs (expandable to 48) and a 3 M/E panel with 6 M/E performance, plus 4 MELite buses, which transform traditional AUX buses into fully functional M/Es.