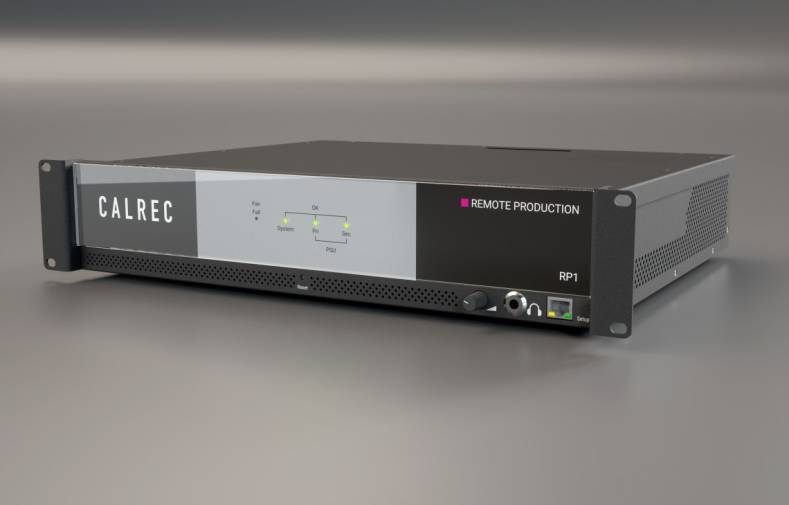 Calrec’s RP1 core manages all of the processing for IFB routing and remote monitor mixes, with no latency.

When Dave Talavera, Audio Engineer with Riot Games, was looking for a remote IFB production solution to equip his company’s European facility in Berlin, he knew he wanted a technology to help him distribute different feeds to different parts of the world—for example the English language feed for viewers in North America, Europe and Oceania. This became essential for the remote production of the 2019 League of Legends World Championship final in Paris.

“When it came to building our new European facility in Berlin two years ago, we knew, given our experience with remote production, that was the path that we wanted to continue down,” Talavera said. “Calrec Audio was the only company that had come up with a remote production solution for IFB and they are still very much at the forefront of this.”

Riot Games installed an Artemis console in Berlin, connected to the RP1 in Paris. The RP1 was used with the on-air talent in Paris and was controlled from Berlin. The on-air talent consisted of three “shoutcasters”— aka, game commentators — as well as six analysts. 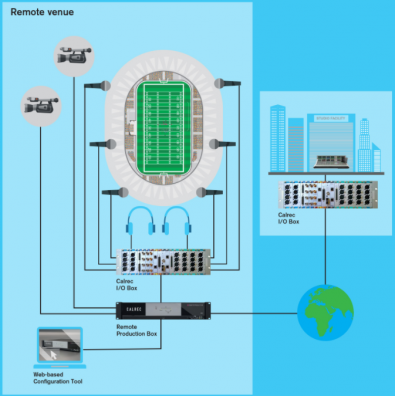 Riot Games installed an Artemis console in Berlin, connected to the Calrec RP1 in Paris.

The majority of the English language feed producers were in Berlin with only a minimal footprint onsite. As well as IFB for the talent, there was also a mix minus feed that was sent back from Berlin to the RP1 so they could hear video playback, music and so on. Some talent wanted to hear themselves as well as game action/other analysts/shoutcasters, which the RP1/Artemis combination was designed to accommodate.

The IFB for the on-air talent was processed onsite by Calrec’s RP1 to avoid the delay that would occur if it had been routed to Berlin and back and networked around the Paris site on a Dante IP network.

This allowed producers to control the talent audio from the console in Berlin. In addition, the Berlin console also handled the overall English language production mix, which was then sent, using Riot Games’ Riot Direct backbone network, to its LA facility for onward distribution.

“We are very firm believers in remote production as it saves production costs in the long run and that’s money that can be spent improving other aspects. This [Calrec] system proved that it works and saved the costs we anticipated.”

Dave Letson, VP of Sales, Calrec, said, “We are witnessing broadcasters starting to reap the benefits in terms of remote production, across eSports and, of course, more widely across the production sector. Remote production has now been adopted on a wider basis and has really taken off as an alternative to traditional workflows.”