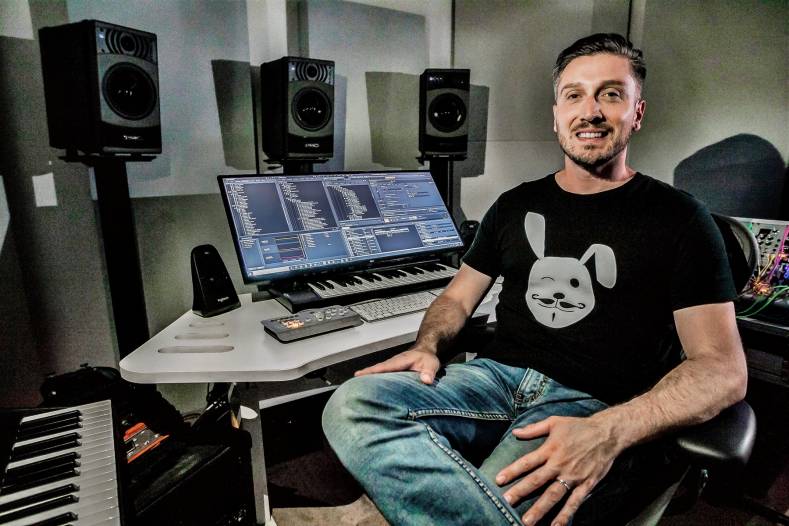 Based in Brisbane, Australia, games sound designer Matt McCamley of Focus Audio opted for a 5.1 surround sound system based on PMC’s result6 compact nearfield monitors, which were supplied by Interdyn in Melbourne and installed by Interdyn’s Tom Jolly.

“I was already familiar with the sound of PMC products having used PMC AML1 and TwoTwo Series monitors at previous studios,” McCamley said. “I was drawn to the result6 series because of the similarity they share, especially with the TwoTwo range. They definitely sound like PMC's, and not a PMC 'Light' series.”

McCamley adds that, if the room acoustics are correct, PMC monitors reveal where a mix is going. They also make it very clear if the user is going wrong.

“A lot of manufacturers claim their monitors are being honest and translate to the real world, but there aren't too many around that can back-up that claim. PMC can,” he said.

McCamley specializes in sound design for the computer games industry, working for both AAA and Independent publishers. After 10 years in the UK where he was an in-house Senior Sound Designer at Rocksteady Studios (London), Ninja Theory (Cambridge) and Creative Assembly (Horsham), McCamley returned to Australia and set up Focus Audio, a games audio outsourcing company.