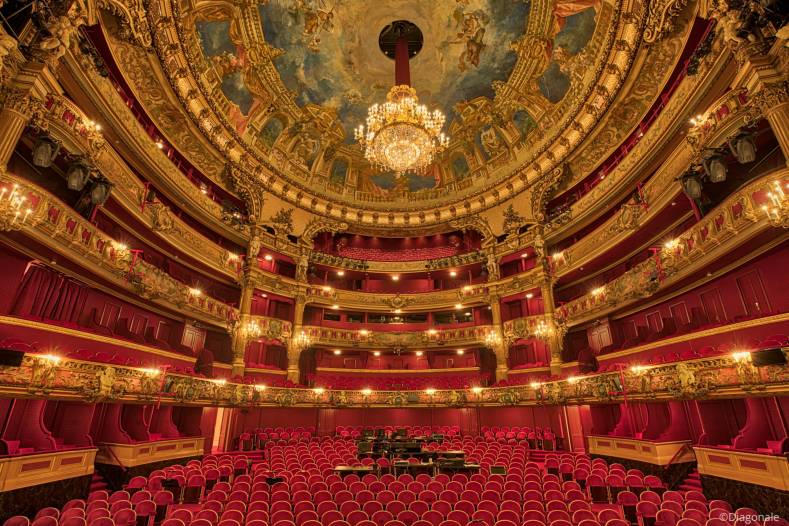 The historic Théâtre Royal de la Monnaie, also known as the De Munt Theatre, has upgraded its staff communications infrastructure with intercom equipment from Riedel Communications. The upgrade was part of a massive renovation project that began in 2016.

Consisting of the Artist digital matrix intercom, Bolero wireless intercom in both integrated and standalone modes, and SmartPanel multifunctional user interfaces, the Riedel solution gives the theater's staff the flexibility and future-proof intercom operations it requires.

Located in the heart of Brussels at the Place de la Monnaie, the De Munt Theatre is one of the most prestigious opera houses in the world and the largest in Belgium, with more than 450 employees.

Karl Ancia, Project Leader at Théâtre Royal de la Monnaie, said they needed seamless, high-quality coverage of the complete facility. And due to the theater's historic designation, the installation would have to be as unobtrusive as possible with a minimum of antennas.

“Another critical requirement is an integrated intercom solution that works over our IP network and also in standalone mode for performances outside the theater, with wireless support for PCs and mobile devices,” Ancia said. 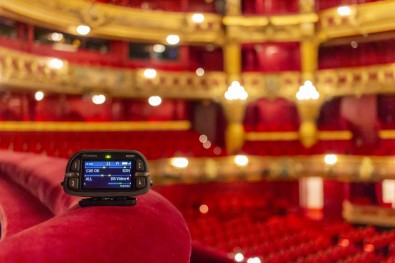 Due to the theater's historic designation, the installation would have to be as unobtrusive as possible with a minimum of antennas.

The new communications system spans two De Munt Theatre buildings and supports a staff of 180 crew members, including a 90-musician orchestra, set builders, costume and makeup personnel, and support and technical services. Equipped with AES67 cards, an Artist-128 matrix intercom mainframe enables a seamless AES67 connection over the theater’s IP network to six rack-mounted 2300 SmartPanels and one desktop 2300 SmartPanel. The SmartPanels enable routing and control of all intercom signals transported over the network. In addition, SmartPanel "virtual panel" apps allow up to 56 Mac, PC, Android, or iOS devices to communicate with the system.

The Bolero wireless intercom system, consisting of 48 beltpacks and 12 antennas, is also integrated with the Artist matrix via the AES67 cards. Seven of the antennas are installed permanently to provide full coverage for the entire facility, with four additional antennas available for standalone use at outside performances. Outside broadcaster DB Video has also installed Riedel's Artist on board its OB van for seamless production communications during live streaming of the theater's events. Theater staff installed a Bolero Standalone system with 10 beltpacks in only 30 minutes.

Bolero's Advanced DECT Receiver (ADR) technology is a critical element in the installation, given the building's historic status, the thickness of the walls, and the spread-out nature of the facility. With ADR, not only does Bolero provide reception from every needed location, but it requires fewer antennas for a less intrusive installation.

With the new system—since the virtual panels can be viewed from offices or a laptop, tablet, or smartphone, users can program intercom configurations of any size and create subgroups as needed. Ambient noise during a performance is no longer a problem since the belt packs can be programmed to eliminate it. The Bolero's low latency—between 35 milliseconds and 38 milliseconds—is also ideal for live performances.

Another key feature is Bolero's Bluetooth functionality, which enables users to answer calls from a mobile phone directly via the headset of the belt pack. This makes the intercom system a valuable tool in an emergency situation when outside first responders need to be engaged.

Ancia said he installed a Bolero Standalone system with 10 belt packs in only 30 minutes.