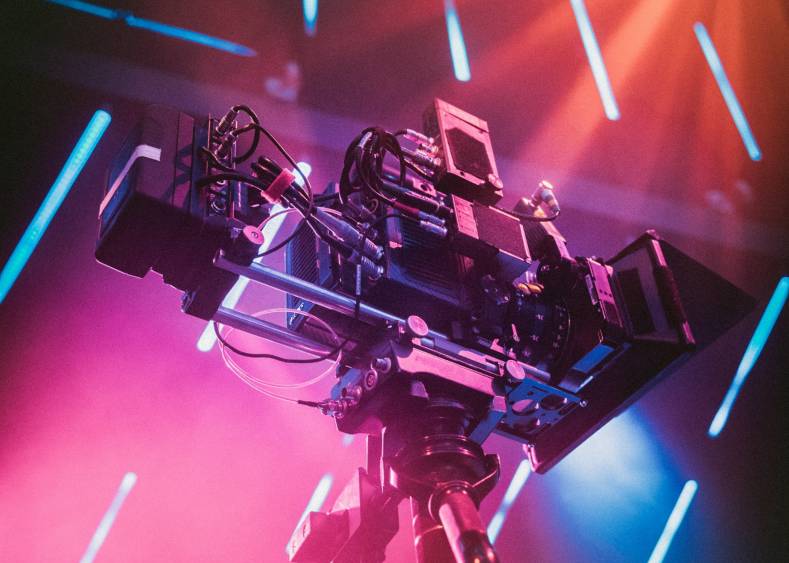 Or, at least, it’s become an urban legend that it did; what’s less known is that the Lumières were trying very hard to create full 3D images, and later made a similar film (almost a reshoot) which was presented with full stereoscopic imaging. Given that people in 2020 still sometimes reflexively shy away from a well-executed stereo 3D effect, people who might never have seen even a two-dimensional motion picture before might be forgiven for ducking.

What’s crucial about this, though, is that the earlier, two-dimensional version showed the Lumières’ interest in many of the same things that interest us today. It is well-designed, well-framed, a perfectly serviceable shot of a train arriving at a station that someone would be happy to set up today, give or take the technical limitations. It's easy to overlook the significance of that. It looks that way because Louis Lumière presumably knew quite a lot about representing three-dimensional space in a two-dimensional frame, allowing the train to grow in size and move past the camera in extended perspective.

The one thing he didn’t use, however, was camera movement.

Moving the camera gives us three-dimensional information about the scene in more or less the same way as stereoscopy, although in many ways camera movement actually does more. Stereoscopy works fine on a completely static shot but gives us a fairly limited amount of information about the depth of the scene. The stereoscopy of the human eye doesn’t really work much beyond about thirty feet because the eyes are so close together that the difference between them in angle of view quickly becomes incredibly tiny, even at fairly short distances. Moving the camera gives us the same information by allowing us to view the scene from different angles, but we can move a lot further than the distance between two eyes.

All of that leads us to a realisation of why the moving camera is so popular. It’s regularly described as “dynamic” or “cinematic,” but that happens because the motion is encoding three-dimensional information about the scene. Over the century or so since Auguste and the two Louis shot their famous early work, filmmakers have pushed for easier and easier ways to move cameras, from dollies and cranes to Steadicam to gimbals, all the way up to modern movies like 1917 and Birdman which appear to happen in a single camera move.

It’s not just that they’re single shots (or at least appear to be single shots.) Many early movies, albeit very short shorts, were single shots. George Albert Smith’s cut to a closeup in “The Little Doctor and the Sick Kitten” was considered avant garde in 1903 (it is, in some ways, an early example of the cat video). What’s new is feature length films of a single apparent shot where the camera is moving.

Whether or not that’s a good idea in itself seems a little controversial. Birdman went down well. The prevailing opinion seems to be that 1917 represents an incredible effort from the grip department, but, while a competent piece of moviemaking, perhaps doesn’t add that much novelty to the world’s library of war movies. That could be for all kinds of reasons, though it does suggest all that clever movement alone isn’t enough to elevate a film to excellence.

Practically speaking, making a grand statement with a one-shot movie still takes more specialist effort than most productions can spare, even though it’s become massively easier to do. Some of the bulkiest equipment ever faced by a film crew were probably three-strip Technicolor cameras set up for shooting sound. They were moved on dollies and flown on cranes, although it would have been a stretch to imagine shooting a film like 1917 with a mid-century camera in a sound blimp, almost regardless of budget.

But change has been almost constant, with cameras shrinking and support equipment in an almost constant state of innovation. Even before the likes of Netflix and Amazon began funding series at the same per-minute level as feature films, it was normal for episodic television to use Steadicam to follow (or more literally, precede) actors who could deliver large amounts of dialogue without the scene seeming static or uninteresting. Steadicam started creating moving-camera greats almost immediately after its development in the mid-70s; perhaps the single most famous example is Stallone’s run up the steps of the Philadelphia Museum of Art in Rocky, although we must think of the maze chase in The Shining and Alexander Sokurov’s Russian Ark, which actually is a single, unbroken, 87-minute Steadicam take.

Steadicam is still expensive, though. Gimbals might not do quite the same thing, but there is crossover and they can be vastly less expensive, at least for the most compact cameras. Part of that saving is in the fact that they can – again, controversially – be operated by rather less practised people, and still achieve something watchable with careful shot design. Modern cameras can exceed the basic imaging performance of the monsters of the past in a package that can quite literally fit a pocket, making all of this smaller, easier and cheaper. We have reached the sunlit uplands in which even the most frugal productions can execute camera moves almost without limitation.

The concern is whether that freedom may go to some directors’ heads.

Perhaps the best example of the problem with camera movement is Russian Ark. Not that it has problems itself; it is critically acclaimed, but it encompasses exactly the problem with a roving camera. We see everything; nothing is hidden, and the stresses of blocking and lighting a production of that scale with no option to cut and move things around is huge.

Russian Ark cost US$2.5 million for a single day’s (well, a couple of hours’) shooting. That’s a lot, even given the vast preproduction effort and fees, two thousand actors in sumptuous Russian formalwear, three orchestras, and that location. It was shot in the Hermitage Museum in Saint Petersburg, known in its historical context as the Winter Palace, which is a building almost intended to be overwhelmingly grand and beautiful; it was built to celebrate a dynasty that ruled a sixth of the planet, and it looks like it. A creative cameraman – and Tilman Büttner, who shot the film, is certainly that – has a comparatively easy ride in finding angles that work. These are circumstances in which a high-mobility camera works.

Other productions are less lucky. Particularly, low-budget productions made by people with big eyes for interesting equipment are likely to shoot in much less spectacular surroundings, and conventionally rely on careful framing, concentrating production design in very specific areas to get the best out of what they have. Any sort of moving camera can quickly begin to compromise that sort of approach, especially if things are not expertly blocked and operated. Steadicam and gimbals are, in expert hands, capable of precision framing, and a careful lighting pre-rig can work wonders while remaining out of sight, but it’s exactly that sort of time and talent that tends to be in short supply on less generously-funded shows. Camerawork which follows actors around needs locations, production design and lighting that look good from any angle, and that is never cheap.

So, in the end, a flying camera that gives us all that dramatic, three-dimensional information about the scene and looks so compelling and effective can end up being a liability. Tools like dollies and sliders make life easier because the shots they create are more repeatable, or at least more precisely repeatable than a gimbal shot executed by anyone other than a real expert. In the end, though, most people would rather watch a well-done handheld shot in a gorgeous location than a flight around a tedious office on a Technocrane, and if the difference between the cost of those things is enough to allow the production to secure that better location – well, that’s a choice for the director.