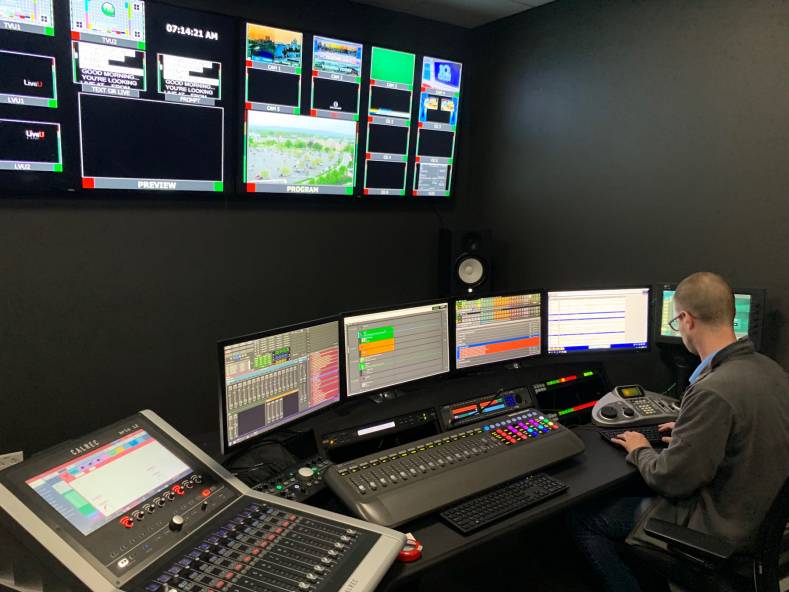 The 22,000-square-foot broadcast center, located in a part of town filled with commercial industrial buildings, includes a newsroom, advertising, production and other departments that all blend into one seamless workspace illuminated with natural light from large windows. Some elements from the station’s former location, such as a bright NBC peacock logo and lettering from the former building’s exterior, have been moved to the new facility. An old studio camera has been refurbished and displayed in the lobby.

Alex Martin, CEO, Digital Video Group, said that they recommended the Calrec Brio 12 to improve upon the station’s previous audio capabilities and to serve as a bridge between the studio’s analog equipment and digital gear. Since the system and the production control room are automated, a large traditional audio mixer wasn't required. 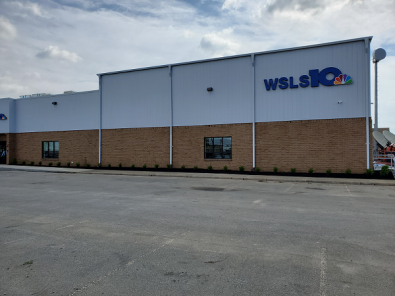 While the focus was on automation, the Brio gives the studio a physical interface where users can operate it manually if required. The fact that the Brio supports both MADI and Dante audio networking was also an important capability for WSLS sound engineers. Installing the Calrec console, a multi-channel digital audio board, with a Ross Video router, expedited setup and required less than six cables, where it was once necessary to use dozens.

The smaller format Brio not only fit the bill from a technological requirement, but from a financial perspective as well, said Chuck Heffner, VP Broadcast Systems, Digital Video Group, adding that the console helped reduce overall integration expense while still providing a very sophisticated, yet simple, technical interface.

WSLS original building was opened in 1955, as the first free-standing television studio in Roanoke. Since then the station (Channel 10) has provided many firsts in Roanoke’s television history: first local station when it went on the air in the Shenandoah Building in 1952, first color newscasts in 1967, first use of videotape in 1976 and first high-definition newscasts in 2007.