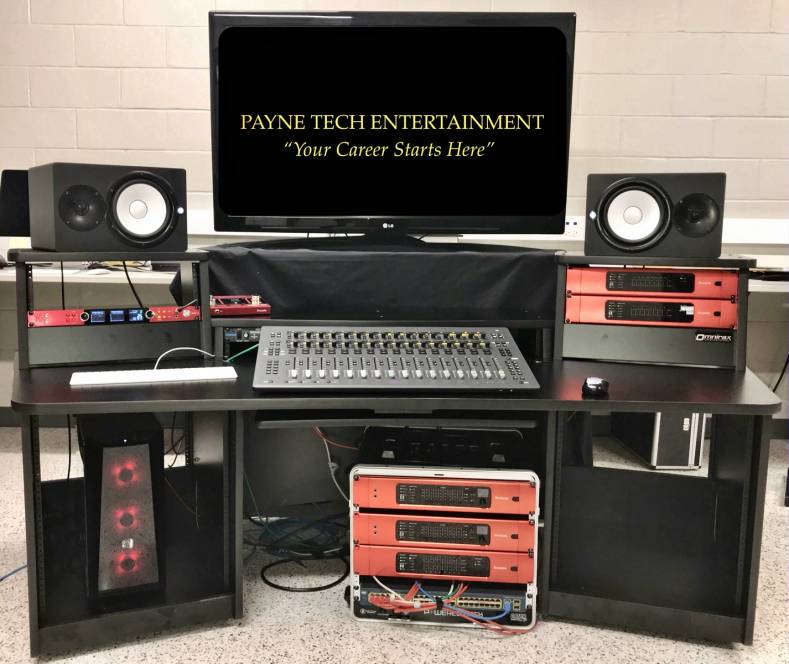 The Music Production course work utilizes a Dante infrastructure to move audio around the campus with Focusrite Red and RedNet interfaces for I/O.

“It’s a $165 million facility which looks like a college campus,” said Mark Beckett, a teacher of music and entertainment production technology. “My classroom is well over 40 by 40 feet. In one half of the class I have 24 iMac/Pro Tools workstations, where students learn their music production skills, and in the other half of my classroom, I have a 12- by 16-foot full stage where students can do live performances and learn live mixing.”

Beckett’s students are in 9th through 12th grade with roughly 40 students being taught daily. “Down the hall from us, we have the video broadcast production course and our Digital Filmmaking course – we're in a cluster together.”

A portable rack equipped with Focusrite RedNet gear lets production capabilities move where needed within the facility and link back to his classroom. “With Focusrite, we can get music anywhere, from my station to a student’s station to their friend's station.”

The ability to add video to the same network with Audinate’s recent release of Dante AV is another anticipated step. “One of the things that we're trying to do in the next two years is to take a school bus and change it into a remote recording studio,” Beckett said.