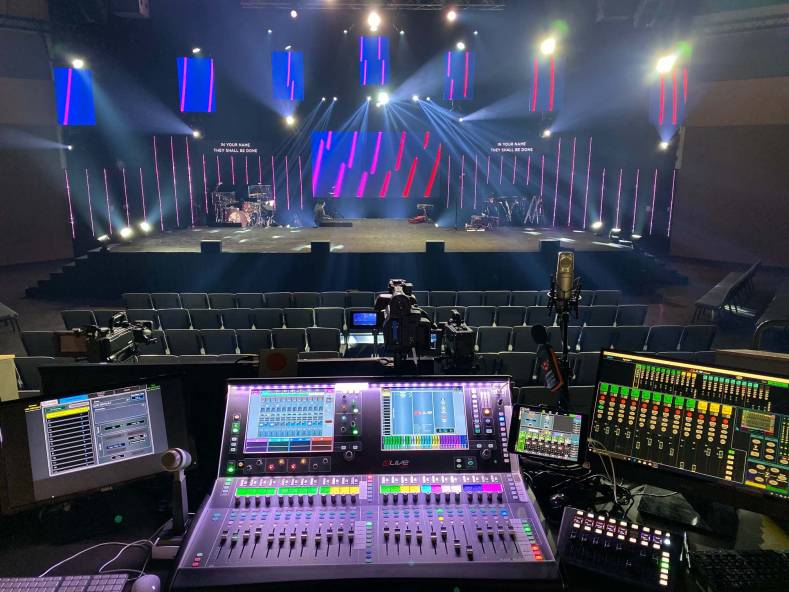 At Lake Hills Church, a dLive C3500 Surface console is used with a CDM64 MixRack system.

Lake Hills Church, in Austin, Texas understands the importance of audio quality to support its message during weekly services and special events, which often include live musical performances, that are both recorded for those in attendance and also streamed live.

All audio mixing for FOH, streaming broadcast and recording (for live listening and later on-demand consumption) is handled with a dLive C3500 Surface mixing console in tandem with a CDM64 MixRack system. The MixRack is the heart of any dLive system, as it houses the Allen & Heath XCVI processing core that consists of audio I/O, control and audio networking ports. 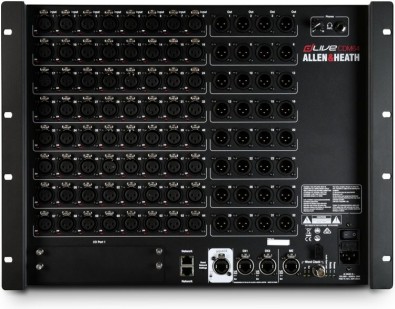 The MixRack is the heart of any dLive system, as it houses the Allen & Heath XCVI processing core that consists of audio I/O, control and audio networking ports.

Roger Blevins, the church’s Worship Leader and Systems Engineer, said the technology helps his team work together seamlessly. The church previously had an older digital mixer and a separate in-ear monitoring system but has now upgraded to Allen & Heath’s tightly integrated platform that allows them to do a variety of things from the same interface.

“In our old system there were multiple platforms for everybody to understand,” he said, “but, with Allen & Heath, there’s a whole family of products that are tightly integrated. And the dLive can do almost anything and still be very user friendly. That makes things much easier for our tech staff and volunteers.”

“The more experienced engineers use scenes to adjust compression or EQ or change delay or reverb and they’ll do this for different songs or even different sections of a song,” he said.

Church band members use the ME-1 personal mixers to adjust their monitors, while vocalists use iPads and the dLive OneMix app to mix their wireless in-ears. The dLive system sends a post-fader mix to the church’s streaming broadcast and another mix to a multi-track recording setup. Blevins puts selected DCAs and inputs on the IP8 for special events that may feature as many as 20 people on stage and up to 60 input channels of audio including tracks.

Blevins said the Allen & Heath gear has provided them with “a tremendous shift in sound quality and in consistency—between songs, between services, and between engineers. That’s really important in a house of worship.”

“I’m something of a studio rat and being able to bring this quality of effects and this level of automation to the live world is crazy,” Blevins said.