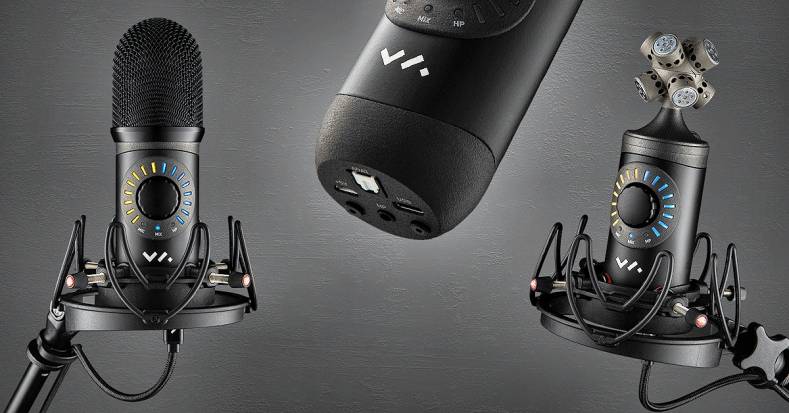 Voyage Audio has announced the Spatial Mic, a 360-degree microphone with an eight-capsule array that allows audio engineers to record and mix with USB and ADAT light-pipe streaming. 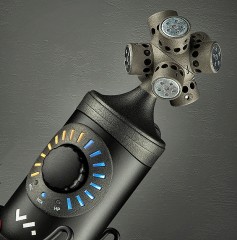 The mic has enhanced spatial resolution, pattern decoding, directivity and optimal listening area vs first order microphones. It has less phase issues than with spaced arrays.

The microphone may be decoded to any listening format live or in post and is not locked to one specific configuration like two-channel binaural microphones. Output may be head-tracked and used natively with content delivery tools from YouTube, Facebook and Google Resonance SDK.

With built-in USB and ADAT connectivity, no external mic preamps, multi-channel cables carrying analog signals or converters are needed. Along with purity of signal, an individual calibration profile stored within each mic ensure consistent quality.

The USB Streaming and ADAT Light-Pipe can be used independently or concurrently. The mic is USB bus powered via USB-C or external 5v source via micro-USB. It has a bit depth of 16/24-bit and a sample rate of 44.1kHz and 48kHz. 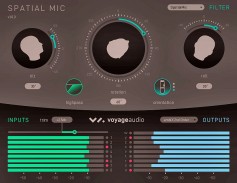 The Spatial Mic Converter Plugin features a 64-element frequency independent output filter matrix, two types of output filters and a high pass filter, gain trim and level metering. The mic air and orientation can be done live or after the recording.