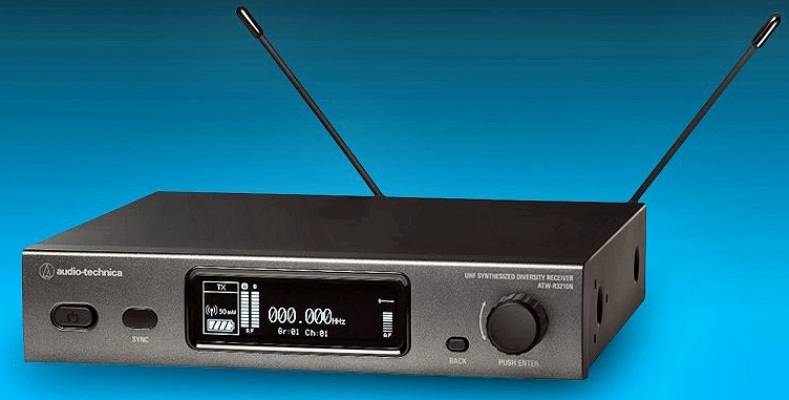 Audio-Technica said the software allows users to exempt certain TV or IEM bands from the initial frequency scan, tailoring the scan to avoid known areas of interference. Once it has identified the cleanest channels, WMS takes into account intermodulation issues, builds a frequency plan and deploys those frequencies to the networked receivers.

During the performance, a monitor page can be used to stay one step ahead of potential problems by viewing RF, AF and the remaining battery life of the transmitters. To accommodate the Ethernet port on the receiver, the company has removed the unbalanced ¼-inch output from the back panel, but the balanced XLR output remains.

The ATW-T3202 handheld comes with either an ATW-C510 dynamic or ATW-C710 condenser interchangeable cardioid capsule. Its standard thread allows for the use of four additional Audio-Technica capsules or compatible capsules from other manufacturers.