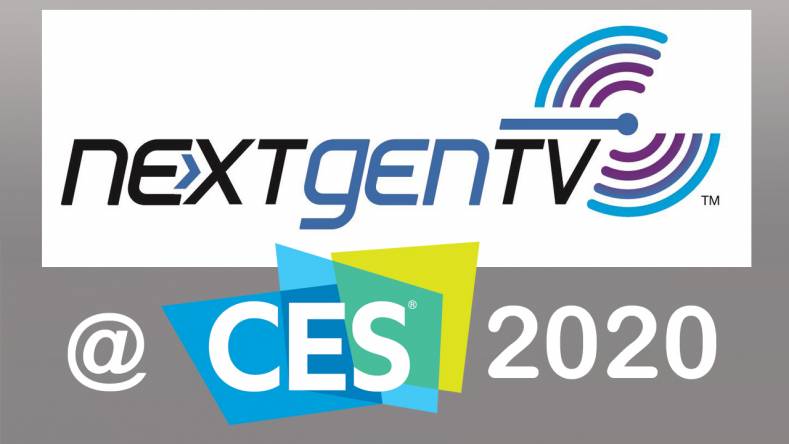 Expecting NEXTGEN TV to reach orbit at CES 2020 may have been a bit optimistic.

CES and NAB are electronics shows that use the same Las Vegas Convention Center venue, except CES has more exhibitors and more affordable toys. Pocket radios were the big thing at the first CES in 1967 NYC, as was nearly every cool, new consumer electronics gadget since we later tossed into dumpsters or recycled. Accelerating consumer electronics technology diminishes its lifecycle between unboxing to recycling. Significant price reductions make keeping up with the latest consumer electronics affordable for more people.

It is too early to report any visitor or exhibitor consensus on the biggest hit of CES 2020, but some of the biggest bets this year on consumer electronics will be placed in Las Vegas over the next few months on NEXTGEN TV, aka ATSC 3.0. Some of the biggest exhibitors at CES and biggest broadcast groups at NAB are the largest bettors, and much of the foreseeable future of NEXTGEN TV is being shaped right now by the buzz inside and following the important January CES event.

In all fairness, NEXTGEN TV sets can’t be real products yet because ATSC 3.0 receiver chips can’t be mass-produced until the final ATSC 3.0 standards are locked. The recent ITU adoption of ATSC 3.0 will allow TV manufacturers to ship the same models anywhere in the world. Expect a worldwide NEXTGEN TV set flood when the chips start shipping.

When DTV appeared on TV’s horizon in the late 1980s, the stars were moving into rare alignment. The first analog 1” Type C VTR designed for 1125/60 analog HDTV recorded on videotape running at 30 inches/second. It was bulky and cost-prohibitive, as were the giant CRT HD displays necessary to see it. There was also no way to transmit analog HDTV on a standard 6 MHz TV channel. In its early days, HDTV added a zero to the cost to nearly all TV production and display gear.

Computer technology and DTV eliminated VTRs and generation loss. At the same time flat-panel display technology began taking giant leaps and the market surfed the tsunami. Every TV viewer could see HDTV was superior to anything they had seen before and it was free over the air. In the meantime, MVPDs reaped windfall profits from monthly premium charges for HD stations.

In 2020, the stars and new ATSC 3.0 FCC regulations seem to be aligning towards making free OTA TV service a bit less free. Some of the most groundbreaking new technologies in 2020 NEXTGEN TV that may excite some viewers are better compression, 4K, IP, HDR and/or subscription services or emergency communications, depending on how it benefits the viewer. To the average OTA TV viewer without an internet connection, NEXTGEN TV will look much like ATSC 1.0 with fewer linear content choices.

ATSC 3.0 will render ATSC 1.0 as obsolete as analog TV is, yet there is no FCC transition plan to NEXTGEN TV as there was to DTV. Today's national plan is to make the transition a local issue to be worked out between the group owners of stations in each local market.

Much of the CES press information from NEXTGEN TV exhibitors included the usual NEXTGEN TV boilerplate. You’ve heard it: “NEXTGEN TV provides groundbreaking opportunities for TV broadcasters interested in offering new features and serving new markets. Deployment of ATSC 3.0 will provide information and entertainment to ATSC 3.0-equipped television receivers, to automobiles, and to other digital and mobile consumer devices.”

Will the promise of IP, 4K, additional content, immersive audio and HDR be “The Future of Television” to the half of their audience already watching streaming TV on handheld devices in all kinds of environments? Will NEXTGEN TV be the next shiny object every TV viewer can’t wait to buy, or will it fizzle like 3D TV? How will NEXTGEN TV make content more compelling and boost ratings? Wouldn’t that be a good idea?

When I was a Director of Engineering, my department was the reality filter. We made producer’s live TV visions conform with the reality of the station’s technical capabilities. What will NEXTGEN TV do that ATSC 1.0 can’t do -- that consumers will fall in love with? To paraphrase Gray Television Executive chairman and CEO Hilton H. Howell, Jr., NEXTGEN TV is at the point smartphones were before apps began to spread.

Maybe what’s to love about NEXTGEN TV hasn’t been invented yet. It certainly deserves the benefit of doubt. What there is no doubt about is that the Consumer Electronics Association (CEA) listed two dozen hot topics on its CES 2020 website and NEXTGEN TV was not one of them.

According to a CES press release, 4400 companies exhibited at CES 2020. According to “Your Guide to NEXTGEN TV Powered by ATSC 3.0,” published for CES 2020 by ATSC, 9 of those 4400 exhibitors showed NextGen TV technology. Three more companies showed it in hotel suites. Reality today is that broadcasters and engineers are excited about NEXTGEN TV and the consumer electronics industry isn’t. We broadcasters are preaching to the choir. It’s going to take more shiny object energy to successfully launch NEXTGEN TV into Earth orbit. 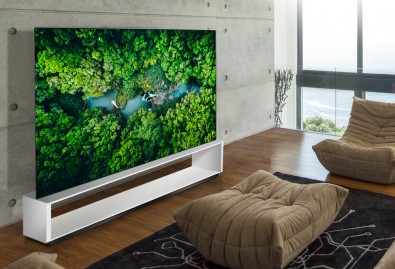 At CES 2020, Pearl TV and the Phoenix Model Market showcased their consumer research findings and an Application Framework for use by broadcasters and receiver manufacturers. Apple didn’t have an exhibit at CES 2020, but it made a statement by actively participating in its first CES since 1992. About as close as anyone came to a shiny new TV object were 8K images of shiny objects, except that OTA ATSC 3.0 can't handle 8K.

At this moment, the consumer electronics trend is toward NEXTGEN TV being initially rolled out as a high-end feature. Everyone wants to make a profit and early-adoptors are an easy mark. Will Wal-Marts be flooded with $400, 65” NEXTGEN TVs this time next year?

Core technologies developed by LG and its U.S. R&D lab Zenith are included in the majority of the ATSC 3.0 Physical Layer Standard. With literally thousands of related patented inventions, LG contributed to all layers of the ATSC 3.0 standard. Noteworthy contributions include the A/322 transmission system standard and A/330 link-layer protocol standard, among others. LG demonstrated ATSC 3.0 reception at CES in cooperation with Sinclair Broadcast Group.

In addition to LG’s pioneering work on the ATSC 3.0 Standard, its Zenith subsidiary was a founding member of ATSC in 1982. Zenith invented the core transmission system at the heart of the ATSC A/53 Digital Television Standard, approved by the U.S. Federal Communications Commission in 1996.

“As the first TV manufacturer to support the Phoenix Model Market ATSC 3.0 project starting in 2018, LG is helping to set the foundation for the launch of NEXTGEN TV in the Top 40 markets this year by demonstrating the new NEXTGEN TV broadcaster application framework with Pearl,” said Anne Schelle, Executive Director of the Pearl TV broadcaster business group that represents more than 400 network-affiliated TV stations.

NEXTGEN TVs jumpstarting the U.S. market follow LG’s early leadership in ATSC 3.0-enabled products in South Korea since 2017. ATSC President Madeleine Noland applauded the debut of LG’s NEXTGEN TV enabled products at CES. “LG is among the strongest leaders and contributors within ATSC across the development, testing and commercial deployment of NEXTGEN TV, initially in South Korea, and now here in the U.S. LG was the first to develop an ATSC 1.0/3.0 tuner/demodulator chip. Now this time-tested technology is embedded in the new lineup of LG OLED TVs as NEXTGEN TV makes its way into viewers homes across the country.”

The ATSC at CES

The ATSC ‘Guide to ATSC 3.0’ was handed out to CES visitors at ATSC’s first-ever CES exhibit floor booth. Leading participants in the booth include ATSC sponsors Pearl TV and the Phoenix Model Market, Sinclair Broadcast Group and ONE Media, Gaian Solutions, and Sony.

ATSC 3.0, the FCC-approved standard behind NEXTGEN TV, also was spotlighted during an official CES session, “What NEXTGEN TV Means for Tech.” Further illuminating the rollout of NEXTGEN TV throughout the U.S., the panel includes representatives from Pearl TV, Samsung, LG Electronics, NAB and ATSC.

“Developed by hundreds of consumer technology and broadcasting experts across the globe, the ATSC 3.0 suite of standards has the capability to easily deliver 4K Ultra HDTV signals to give viewers access to more 4K content – along with a host of other features comprising NEXTGEN TV,” said ATSC president Madeleine Noland. ATSC sponsors Pearl TV with the Phoenix Model Market, Sinclair Broadcast Group and ONE Media, Gaian Solutions, and Sony all offered examples of NEXTGEN TV technologies in the ATSC booth.

Broadcasters working on the transition to NEXTGEN TV in Top 40 TV markets applauded plans announced during CES 2020 by LG Electronics, Samsung, and Sony to launch 20 new NEXTGEN TV models in 2020.

“Viewers in South Korea have been enjoying 4K video and immersive audio delivered via ATSC 3.0 since 2017 and a number of U.S. broadcasters are already on-the-air with NEXTGEN TV. Many more channels in the U.S. are expected to sign on as the spectrum repack is completed and stations work cooperatively to launch this revolutionary new service while also preserving current digital TV broadcasts. With a focus on the Top 40 Nielsen markets and more than 20 additional cities, NEXTGEN TV is expected to reach more than 70 percent of the U.S. population over the next year,” Noland explained.

“CES is just the beginning of NEXTGEN TV for the consumer technology industry,” she continued, “and I know we will be back next year with even more stations on the air offering a growing list of new NEXTGEN TV features and welcoming news of even more receivers to be introduced for viewers.”