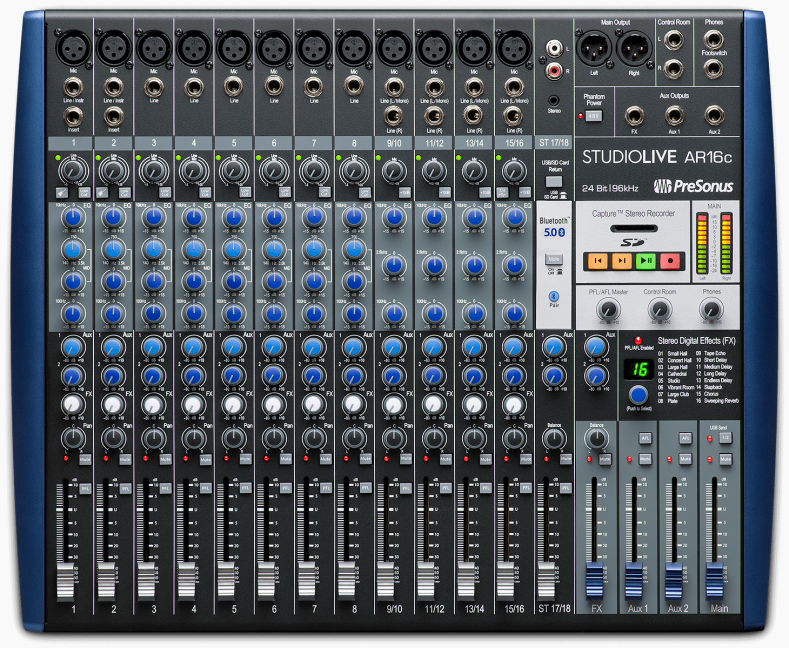 PreSonus said the mixer series features high-headroom analog circuits, along with the company’s high-gain XMAX Class A mic preamps and StudioLive ARc audio interface mixers. The mixers are designed for both content creators and musicians. 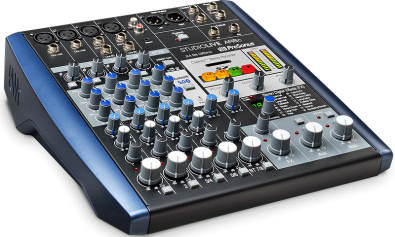 All models support recording every channel plus the main mix over USB and feature a three-band analog EQ on every channel, mic/line boost and Bluetooth 5.0 connectivity. All models feature an onboard stereo SD recorder.

The StudioLive ARc series mixers have PreSonus’ Super Channel, which can handle four stereo analog and digital sources at once. The Super Channel combines wireless stereo Bluetooth 5.0 input, stereo input from the onboard SD recorder or from a USB-connected Mac or Windows PC.

The new mixers come with Studio One Artist recording and production software for Mac and Windows. Also included is the Studio Magic Plug-in Suite, a collection of plug-ins in VST, AU and AAX formats.