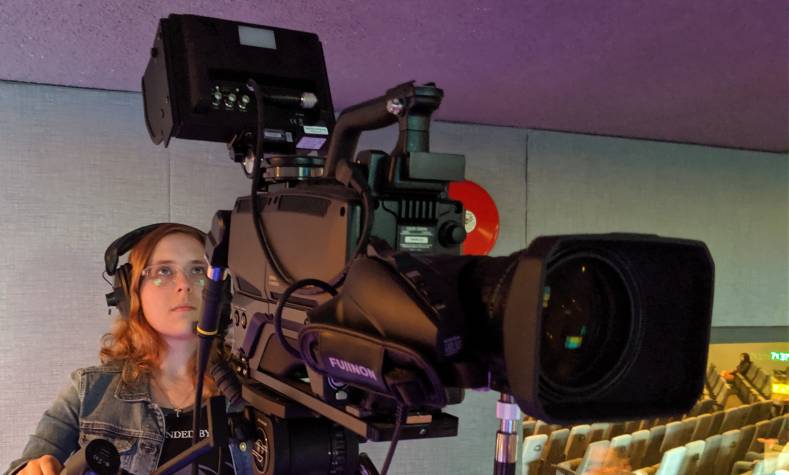 In the midst of a new expansion earlier this year, Hope City Church, located in Edmonton, Alberta, Canada, was looking to improve the quality of its live video productions, It purchased three Hitachi Z-HD5500 cameras with Fujinon HD lenses to capture its Sunday worship services for remote distribution and in-venue image magnification.

Some 3,400 congregants attend three Sunday morning services at its Mill Woods campus each week, while up to 300 more participate in services at the newer Terwilligar location that opened in October 2018. While the Terwilligar site has its own pastor and live music, the centerpieces of its services are time-delayed, live feeds of Lead Pastor Phil Kniesel’s sermons from Mill Woods. Already displeased with the quality limitations of their existing cameras, the launch of the new campus provided the impetus for the church to upgrade. 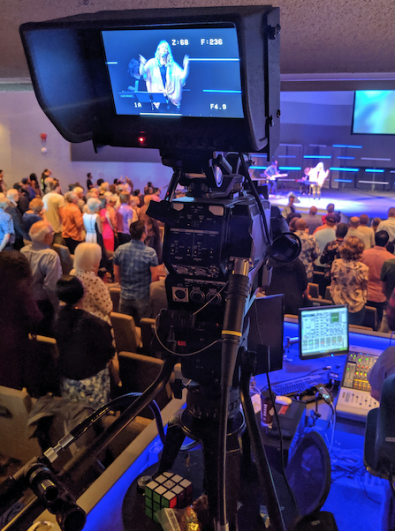 The Church wanted a broadcast-grade camera because the video feed has to essentially stand in for a live pastor at remote sites.

“Video enables us to multiply our presence, allowing us to deliver the same message across campuses while still creating unique experiences at each location,” said Dan Mandryk, technical director at Hope City Church. “We wanted to go to a broadcast-grade camera because the video feed would essentially stand in for a live pastor, so must be high-quality.”

Once the decision was made, Hitachi Kokusai product engineers worked closely with the church’s local dealer, Applied Electronics, to put together a package that met its needs at a price that worked for them as well.

“The Hitachi cameras’ ability to integrate with the Ross Dashboard control system was also important, as we are considering adding a Ross switcher in the future,” Mandryk said.

Hope City’s three Z-HD5500s are now stationed on pedestals in the Mill Woods campus’ 1235-seat main sanctuary. In addition to serving the live video link between campuses, the cameras also power IMAG for the auditorium’s two 20-foot-wide, rear-projection side screens and 19-foot-wide center screen. An additional 26-foot screen in an overflow room is used for special events, while services are also streamed live via the Church Online platform and available on-demand on YouTube.

Mandryk said the Z-HD5500s’ ease of use is one of his favorite attributes of the cameras. “The best part has been how volunteer-friendly they are, even though they’re high-end cameras,” he said. “We have operators who have never touched a camera before, and focus is always one of the hardest things for new camera users to master. The Focus Assist feature on the Z-HD5500 has made it so much easier for them, giving them something to check their focus against.”

“We push the boundaries on lighting, so sometimes we have to get a shot where there’s not a whole lot of light, and the Z-HD5500’s low-light handling is far superior to our old cameras,” he said. “Conversely, we use a lot of LED lighting of varying quality in our sets – from high-end professional lights all the way down to do-it-yourself LED tape lights in our set pieces – and we’ve never had a problem with these cameras capturing great video.”