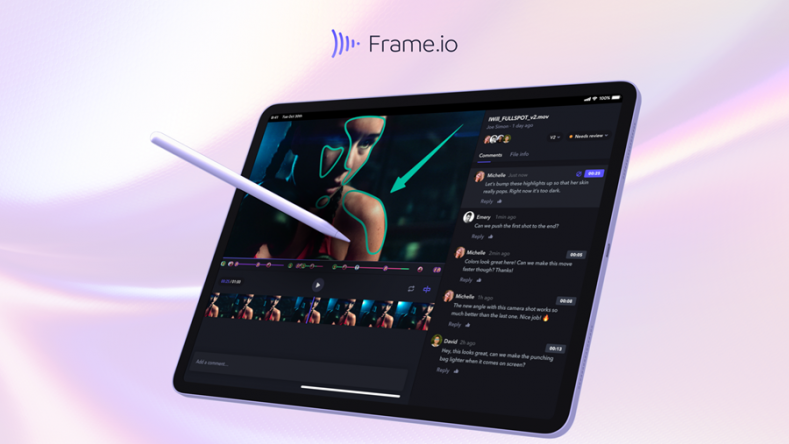 Review and collaboration platform Frame.io has debuted its software on iPad. This allows users to stay up to date with what’s happening on set or in the edit suite while on the move.

Frame.io position the development as another step toward realizing a fully, globally distributed video workflow, giving creators and collaborators the ability to review or approve work in progress from anywhere in the world. There are times when watching dailies, evaluating VFX shots, or getting a better sense of composition and color benefits from a larger display than a smartphone can offer - that’s where Frame.io says its iPad app comes into play.

Features include Split view which lets users keep Frame.io in view on one side of the iPad screen while using apps like Final Draft, Slack, or FaceTime on the other. Users can view scripts, chat with team members, track assets—and so much more.

Users can leave detailed drawings and annotations on work using Apple Pencil. They can fine-tune stills or moving images, create illustrations, or work in Photoshop and import assets into Frame.io on the iPad.