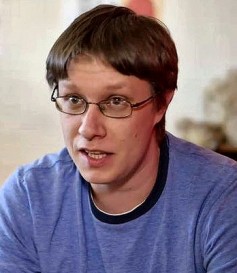 Beeple began work on “Manifest Destiny” four years ago. It is a dramatized vision of the future that explores income inequality and the U.S. national debt.

Using visual symbolism created in Maxon Cinema 4D, the film is set amidst a fiery, bleak dystopian landscape where naked, oversized and distorted armed infants, children and adults are at war with one another – greed gone wild, infrastructure in flames, false idols and money at the heart of it.

Working entirely independently on the nearly three-minute short feature, Beeple relied almost exclusively on Cinema 4D, without the need for compositing. Final color passes were done in Adobe After Effects while editing was done in Adobe Premiere. Lighting and rendering were completed in OTOY Octane.

“Cinema 4D is a tool that allows you to touch various aspects of the creative process without needing to know a lot about the tools and production values to get a great result,” Beeple adds.

“I find the short film format allows for experimental freedom and using the 3D software gave me complete flexibility to artistically explore the debt crisis and offer the audience various viewpoints so they can come to their own conclusions.”

During the creative process Beeple first blocked shots and set up scenes using no formal storyboards. Animated 3D characters were created using Mixamo. The Instances and Cloner features in Cinema 4D’s MoGraph toolset allowed him to manage and populate his animations with objects to better choreograph crowd scenes of warrior characters fighting over money.

The backdrop of burning buildings, for example, made extensive use of the Voroni Fracture tools in Cinema 4D letting him shatter and control the distribution of elements while the dynamics feature provided parameters such as bounce, gravity and friction.