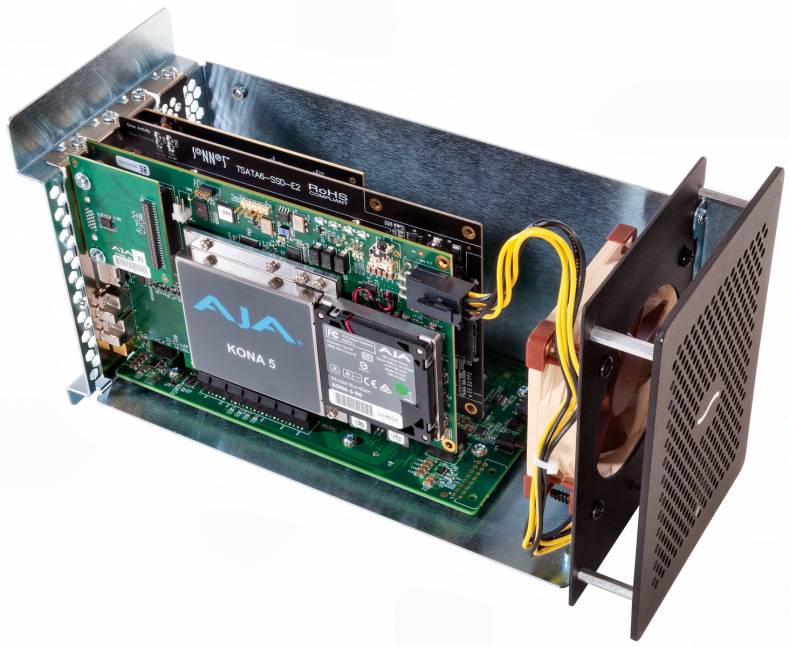 Sonnet Technologies has announced the Echo Express SE IIIe, a compact desktop chassis that enables the use of up to three high-performance PCIe cards with computers equipped with Thunderbolt 3 ports.

Replacing the Echo Express SE III, Sonnet said the SE IIIe supports AJA's complete family of KONA audio and video I/O solutions, including KONA 5. It has been upgraded with the addition of an auxiliary power connector to support cards that require more power to operate, and a new cooling fan for quieter operation.

Sonnet said many pro video and audio users depend on notebook computers for their work, relying on outboard equipment connected to their computer for connecting additional inputs and outputs, and processing data.

Frequently costing much less than standalone devices, PCIe cards — originally designed for use in desktop computers — often mirror the functionality of outboard equipment, but cannot be installed into a portable computer.

Echo Express SE IIIe enables users to save space and money by mounting three PCIe cards in a compact, portable enclosure, and connecting them to their computer through a single cable.