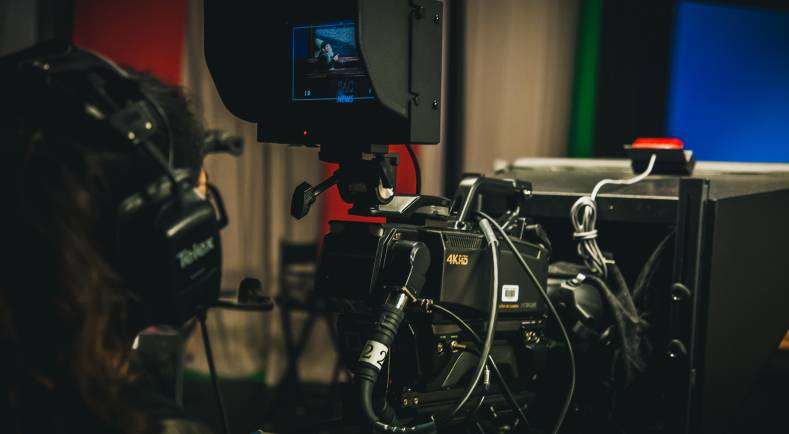 Looking to give its students “real world” television and video production career skills, the TV and Video Communications department at California’s Santa Ana College (SAC) has acquired six new SK-UHD4000 Ultra HD cameras from Hitachi. For the school, the camera offers both 1080p and 4K capability at an attractive price point.

Established in 1915 and now serving over 29,000 credit and non-credit students per semester, SAC has evolved into one of the most energetic and fastest-growing comprehensive community colleges in the nation. Its Digital Media Center—a facility of both SAC and its college district—houses one of the largest TV and video production studios in the community college system.

While the school’s studios are currently equipped to work in HD, the department was interested in 4K cameras to future-proof their programs. “We wanted to avoid needing to make another camera purchase in four or five years,” said department chair Michael Taylor. ““By going with cameras that could do both HD and 4K, we could be ready to basically flip a switch and move to a 4K production model when we upgrade the rest of the studio environment to 4K. We plan to do that when the overall television industry has greater adoption of 4K, since we’re preparing our students for careers in that field. ”

The Hitachi cameras’ ability to integrate with Ross Dashboard was also compelling, which the department uses as an open control and monitoring platform to complement its existing Ross Video Carbonite switcher.

Students now use the SK-UHD4000 cameras to produce weekly newscasts and talk shows, as well as in dedicated studio production classes. In addition to providing hands-on production education that will benefit the students when they enter the job market, these programs are shown on YouTube and the City of Santa Ana’s public access channel CTV3.

The video quality enabled by the Hitachi 4K cameras has earned high marks from Taylor, even while using them in HD mode. “The quality of the image is fantastic,” he said. “It’s a night and day difference from the productions we did with our previous cameras, but it’s not just because we were used to SD. I’ve worked in broadcast television for over 20 years, so I had worked with a lot of HD equipment before. The programs we produce using the Hitachi cameras look great, and we don’t need to constantly mess around with the settings on the SK-UHD4000s like we did with our old cameras; we just turn them on, and they’re locked in, ready to go.”

While learning studio production on the SK-UHD4000s provides valuable experience for students, the cameras also bring benefits to the college itself.

“We love that our students will be able to go lock step into their first job having worked on state-of-the-art, industry-standard cameras,” explained Taylor. “The Hitachi cameras have also helped our school, as we can offer exceptional experiential learning at a community college price point. People see that this is a competitive program that is well-equipped to get them ready for their careers. And for us as a department, we are really enjoying the fact that we are creating fantastic images and productions with these cameras.”