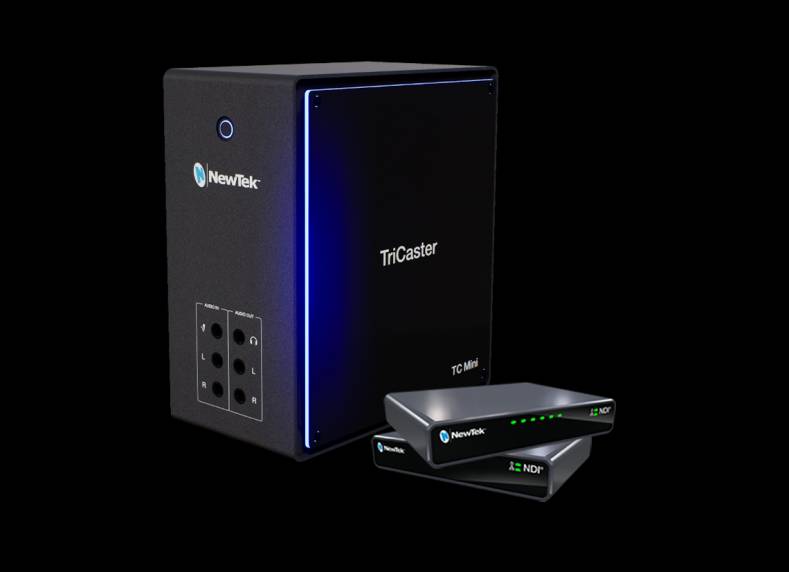 The revamped NewTek TriCaster Mini makes live television and the advantages of IP video easier for producers to embrace and create.

NewTek’s next generation TriCaster Mini simplifies operation, setup and learning, and is intended to expand the number of people who use one.

NewTek announced on 7 Nov 2019 significant updates to the hardware, software and support of its popular TriCaster Mini. The plug-and-play setup of the new TriCaster Mini allows new video producers to get started quickly, and easily work their way up to creating more sophisticated programs in resolutions up to 4K. 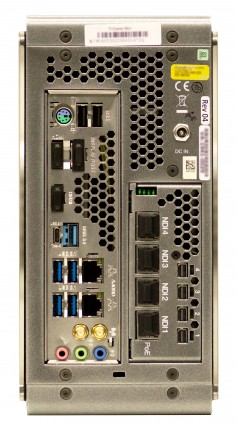 The NewTriCaster Mini I/O is all NDI.

The new TriCaster Mini has 8 external video inputs that support any combination of compatible sources in resolutions up to 4K UHD.

It supports all international frame rates, input and output resolutions up to 4K UHD, and it uses a 1TB solid state drive (SSD) to speed up operations. It has four configurable output ports, up to three of which can be multiviewers.

There is no ‘Advanced Edition’ option for the new TriCaster Mini. Instead, it comes with a coupon for Premium Access, which NewTek spokespeople say is “the next step beyond Advanced Edition.” When the coupon expires, Premium Access becomes an annual subscription option.

Also exclusive to the new TriCaster Mini is the NDI-HX Camera Application for Mobile Devices available as a download from the Apple store. The app allows video, up to 4K UHD from an iOS device, to transmit over Wi-Fi as an NDI source and connect with TriCaster Mini systems on the network, so a producer can seamlessly integrate live video from iPhones and iPads.