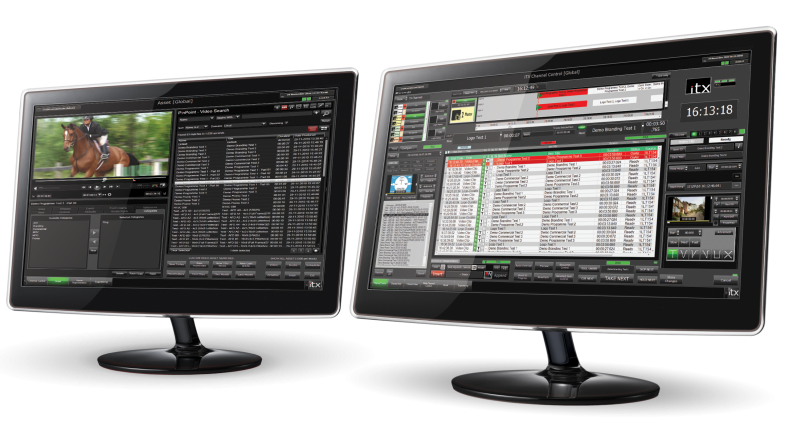 At IBC, San Diego CA-based Athensa announced a joint project with Wide Network Solutions (WNS) to create hundreds of affordable and ready to use playout servers for TV channels around the globe. WNS has invested millions of dollars in developing reliable infrastructures to host ATHENSA playout solutions on some of the fastest servers in the world. WNS is a leading satellite operator.

Marco Smith, Wide Network Solutions’ CTO, says, “The aim is to create a playout farm like a render farm, where TV channels or occasional users can benefit from a playout solution that is reliable, fast, and ready to be controlled in just a few clicks.”

Launched in March, the ETV Bharat app provides the ability for users to “drill down” from national news to news from 29 Indian states and then to 725 districts across the country for hyper-local content. With over 5,000 mobile journalists (MoJo) trained and empowered with state-of-the-art mobile news reporting equipment, and with Aveco’s production control room (PCR) and master control room (MCR) automation managing the dynamic workflow for all 13 language versions, the efficiency of news production at ETV Bharat is exceptional. 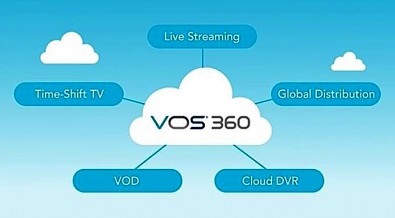 Harmonic and Aveco partner to simplify deployment of hybrid on-premises and cloud workflows for playout. The result allows operators to use a single interface to control hybrid on-site and cloud playout workflows.

Cinegy also announced it has become a part of the Haivision SRT Hub Partner Program. A SRT Hub is an intelligent low latency media routing service built on Microsoft Azure that connects edge devices and systems with cloud resources regardless of geographic location. With SRT Hub, global media workflows connecting vendors and spanning multiple Azure datacenters and broadcast services can be defined, orchestrated and launched within minutes.

Network18 is one of India's largest media groups. It deployed Grass Valley's highly flexible and scalable iTX integrated playout platform to underpin the transition to a standardized playout model across all its facilities. The solution was chosen for its proven future-proof features, and that it enables the Mumbai-based company to manage and operate multiple playout channels, across multiple platforms, with greater scalability, flexibility and efficiency. 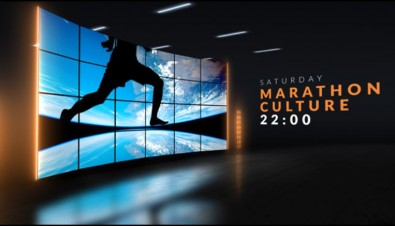 In conjunction with Pebble Beach Systems’ Dolphin integrated channel device under Marina automation control, this new integration manages the process of automatically rendering After Effects templates and delivering them straight to playout. By removing the need to convert Adobe graphics into vendor-specific formats, the plugin gives graphics designers the creative freedom to use any feature supported in After Effects for on-air graphics, and it eliminates the laborious task of individually rendering many different versions of a promo or graphic.

Pebble Beach also announced that Brazil-based Grupo RBS has chosen Pebble Beach Systems to provide playout automation and control all its stations. As part of the second largest commercial network in the world, RBS TV is a TV Globo affiliate group which broadcasts news, entertainment and sports throughout Brazil via their local stations, transmitting up to 12 TV broadcast playlists. Pebble Beach Systems provided an automation system that can adapt to different operating models.

The SMPTE ST 2110 Professional Media Over Managed IP Networks suite of standards is a major contributing factor towards one common IP-based connectivity protocol for professional media.

Pixel Power announced it will add uncompressed IP playout capability, based on the SMPTE ST 2110 family of standards, to its established StreamMaster playout technology. The development comes as a natural progression of incorporating new standards within its software defined technology platforms: StreamMaster Media Processing and Gallium Workflow Orchestration.

Like all StreamMaster and Gallium functionality, SMTPE ST 2110 will be supported as software solutions whether on-premise or virtualized in the cloud. The SMPTE ST 2110 Professional Media Over Managed IP Networks suite of standards is a major contributing factor in the movement towards one common IP-based connectivity protocol for the professional media industries.

At this year’s IBC, SGT and HEXAGLOBE exhibited together for the first time as HEXAGLOBE Group to showcase the results of common R&D efforts over the last months. The exhibit unveiled a new, entirely virtualized workflow for linear and non-linear broadcast distribution as well as updates to our key products, including the premium VEDA MAM & broadcast playout automation system by SGT and Advanced Replay live video clipping tool by HEXAGLOBE.

The company also announced that long-time Customer, Canal+ Groupe, has confirmed their trust in VEDA Playout & MAM solutions, which will now serve broadcasting the Group’s premium and live event UHD channels. It also announced that RTL Croatia is using the company to modernize their broadcast center to High Definition.

A STRYME VideoServer GENESIX V9 configured for 8 channels was integrated into the Bavaria Studios infrastructure to provide specific I/O formats at the server level and presently working in two formats.

Behind these productions of video and television formats are several technical processes carried out with the help of the video servers. To do this, it is necessary to adapt them specifically to the production for playout formats and handle the in- and output effectively.

Tightrope Media Systems latest entry is its new Cablecast VIO family, the latest generation of multi-format video servers for the Cablecast Community Media platform. First previewed at the 2019 NAB Show, the new technology expands on the versatility, efficiency and cost-effectiveness of preceding models by consolidating more of the platform’s rich functionality into a single hardware unit and offering broader live and file-based native format support. 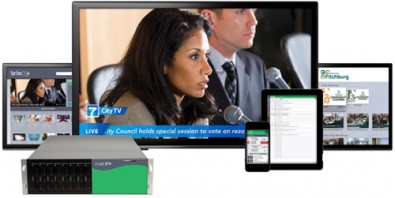 The Tightrope Cablecast VIO continues its ascent in the Cablecast community.

Cablecast VIO provides a powerful and reliable foundation for station automation, playout, branding and multi-platform content distribution. Users can take complete control of content scheduling, publishing and playout from anywhere, on any device, through an intuitive, web-based interface. The Cablecast VIO series amplifies the Cablecast platform’s efficient workflow integration by enabling more of its software options to run together on just one server, significantly lowering hardware costs while minimizing space, power, cooling and maintenance requirements.

Broadcasters can now operate their community bulletin boards on the same server that powers their scheduling, automation and playout. Each Cablecast VIO server can run multiple instances of Cablecast CG, the broadcast-optimized bulletin board software based on the Carousel digital signage engine.

Vector 3 released a brand-new version of its VBox News Client, to control programming in live studio conditions such as news productions.

Vector 3 is fully integrated with Associated Press/AP ENPS and Octopus Newsroom NRCS as well as with some other prestigious operators in the market.

The News Client is part of the ongoing development and renewal of the Vector 3 suite of solutions. The new user interface was initially presented at the IBC 2018 and has been progressively implemented across the Vector3 product range.

These developments build on the heritage of Vector3 solutions developed over more than 30 years, with a fresh "look & feel" as well as enhancing the control operators have on the program output, they are responsible for.

This new paradigm in command and control of News and Playout operations not only increases the operational efficiency. It allows the control of multiple streams of multiple channels located in remote locations around the globe by operators in a single location.