In the good old days when you were thinking about upgrading your computer you began by reading printed reviews such as those published by Byte magazine. These reviews usually included industry standard benchmarks. Now, of course, you are far more likely to watch internet video reviews.

When I view these on-line reviews it’s clear the majority have been written by “gamers.” These reviews will have titles such as the “DeathAxe Laptop Reviewed Using 23 Games.”

This is a different process than video playback from a content creator’s system. Here a continuous sequence of frames is rapidly pulled from a disk, decompressed by the CPU, sent to GPU buffers where mathematical operations, such as those for color correction, are applied to the buffer - and then displayed for a precise interval. This process is repeated for the next frame.

When a content creator’s computer is transcoding media the workflow is also different. Transcoding involves reading compressed video frames from a disk, each of which is then decompressed and recompressed, with the recompressed frame written back to a disk.

There is one thing that gaming and content creation do have in common - both involve long task execution times during which heat is generated by the CPU and GPU. Even when a laptop has a good cooling system (see Figure 1), playing games for hours or working with high-resolution compressed video - often with complex effects - can push a computer toward, or into, thermal throttling. So, while gaming and content creation tasks do not employ the same compute intensive processes, they both can generate high thermal loads.

Understanding this, we want to know whether game play performance or industry standard benchmark performance has a higher correlation with content creation performance.

Let’s, for the time being, ignore measuring content creation performance. At this point, we need only a measure of game play performance and a benchmark performance measure. (When data were being collected, each laptop was powered by its charger from mains power.)

Both the gaming and Geekbench tests ran for well over a minute thus allowing heat to build as it would during editing and color-correction. Laptop display resolution, at 1920x1080, remained constant during testing.

Before describing the measures I took, you need descriptions of the computers. In the first phase of this exploration I had access to four systems. Thankfully these systems offered a wide performance range. 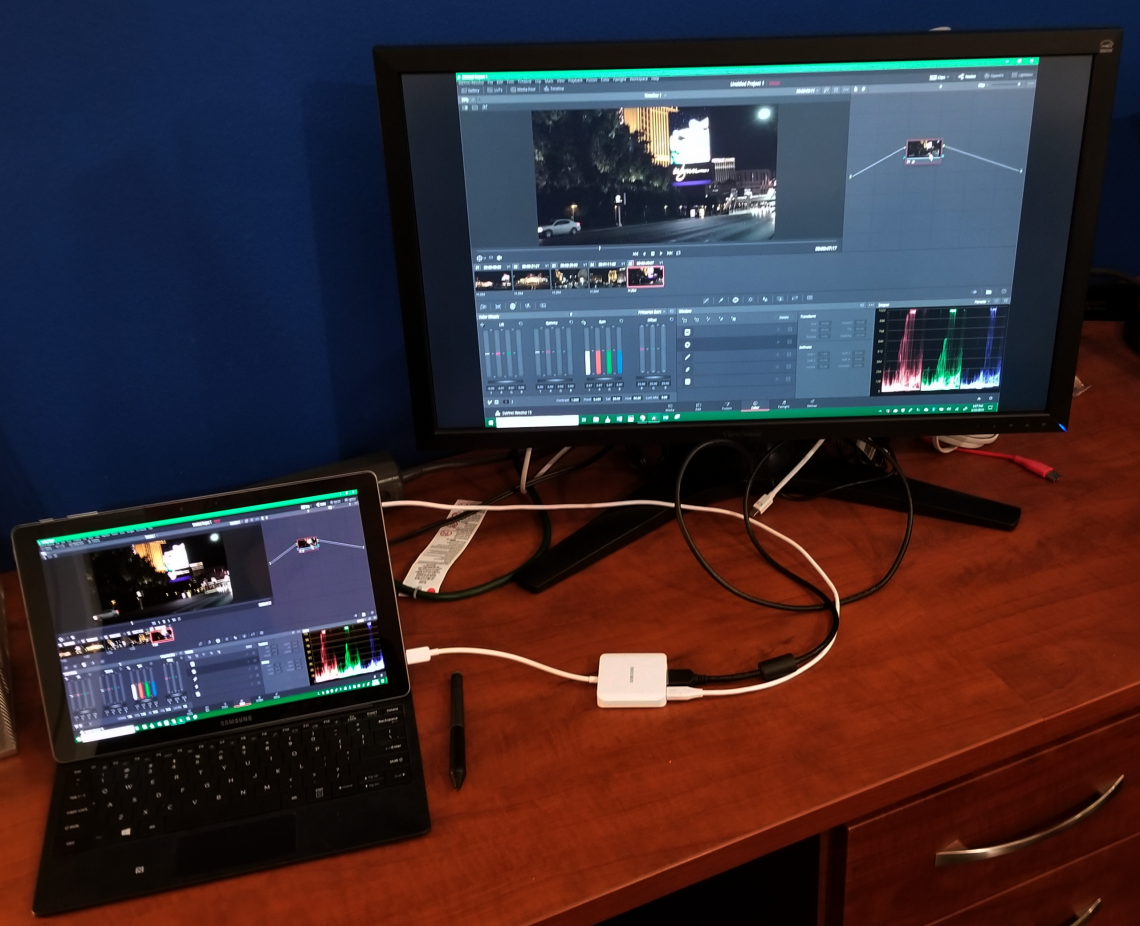 Why might this be my finding? Perhaps my free game, War Thunder, did not stress my computers as much as would an expensive game owned by a gamer.

To maximize the load put on a computer, I set the game’s visual quality to Movie which is the maximum possible. See Figure 6. 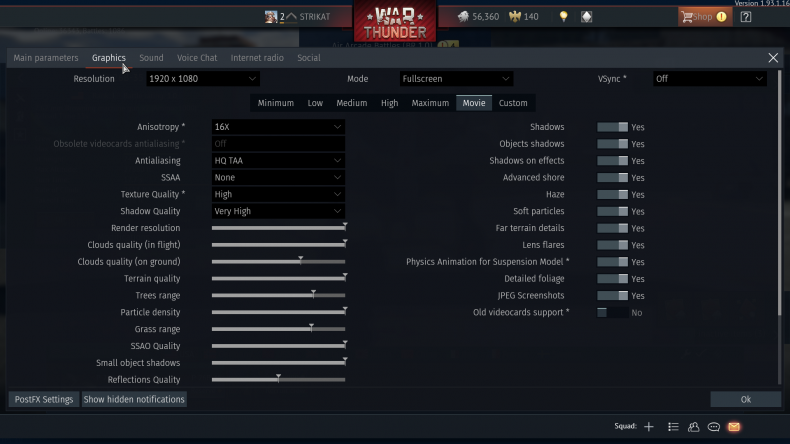 How did I determine there was a difference in performance? As shown by the following example, I merely “looked” at data plots of the two measures.

We can see that although the orange and blue data values are different (2.4 to 7.8 and 3.4 to 8.3), their plots do have the same slopes (correlations).

The green plot, however, shows a non-linear correlation between a Y-axis variable (heating/cooling power costs) and an X-axis variable—number of windows. (When bundling heating and cooling together, the power company provides a “consumption discount.”)

Figure 9 presents a histogram of Geekbench 4 multi-core performance generated by the four computers. (A histogram is the correct way to plot discrete data.) A linear trendline has been overlaid on these data. The Coefficient of Determination, r2 provides an estimate of the correlation (0.0 to 1.00) between the test data and the trendline. 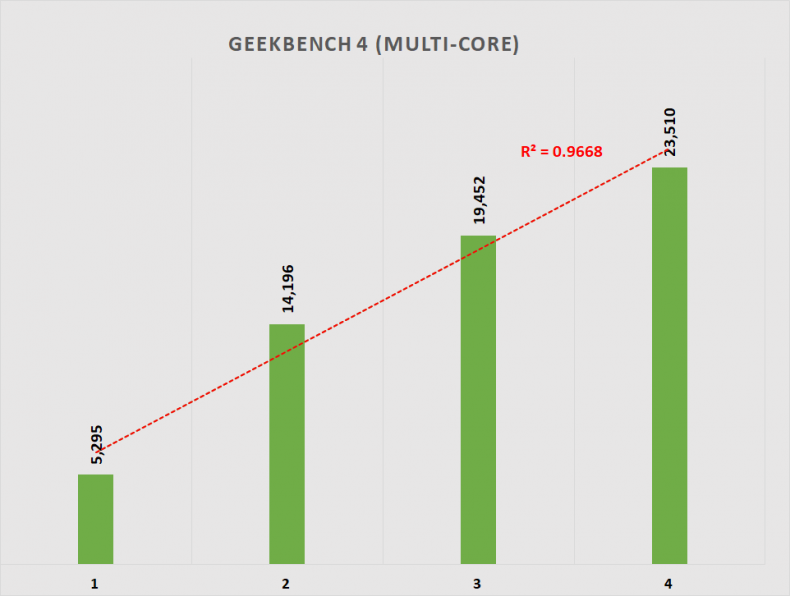 Figure 10 presents game performance, in frames-per-second, from these four computers. Each computer’s data point is the average of the automatic playback of three benchmark battles: Pacific War (morning), Battle of Berlin, and Tank Battle. A logarithmic trendline has been overlaid on these data. Again, r2 provides an estimate of the correlation between the test data and the trendline. 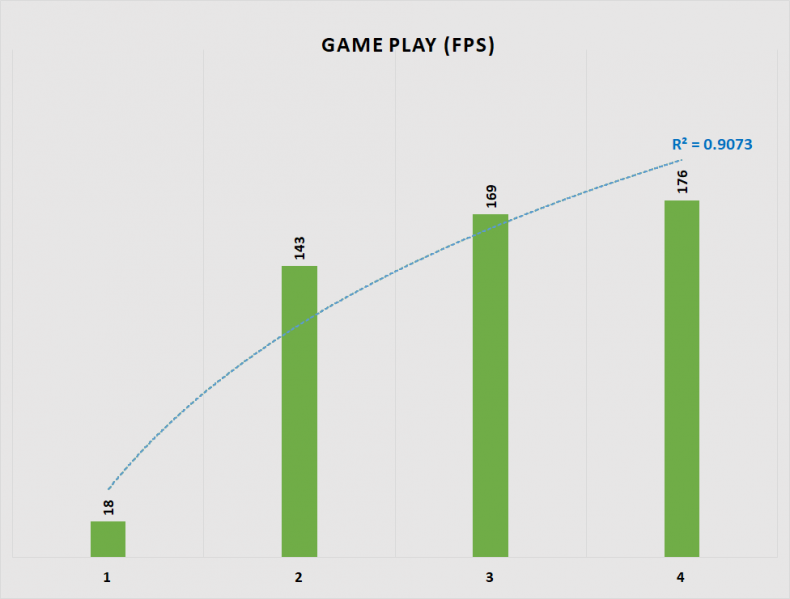 Figures 11 and 12 present these same data using connected data points so the shape of their plots is rendered more clearly. 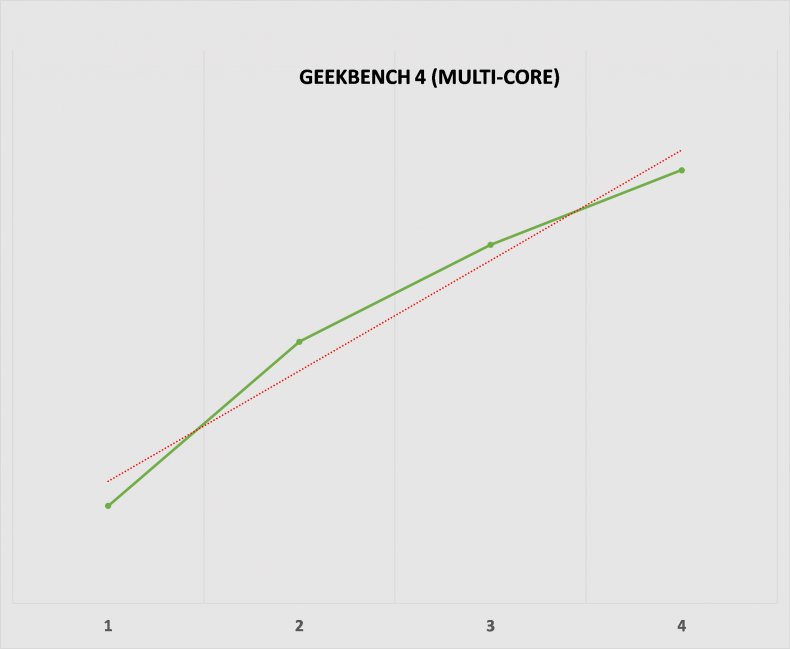 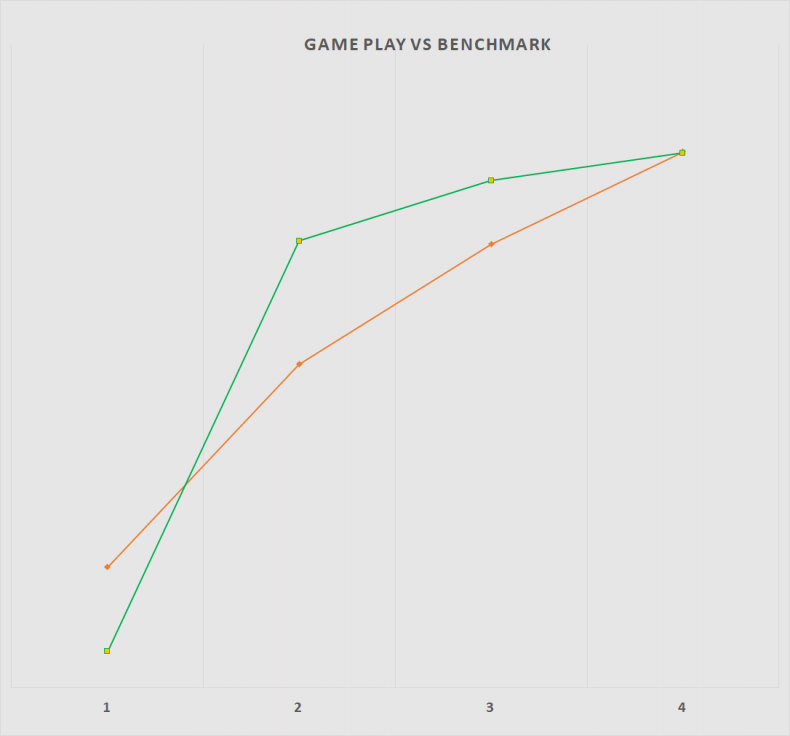 In the second of this two-part exploration, we will compare these two performance measures with performance data collected when editing with DaVinci Resolve. We should then see whether the game play curve or the multi-core benchmark curve is a better match to content creation performance.