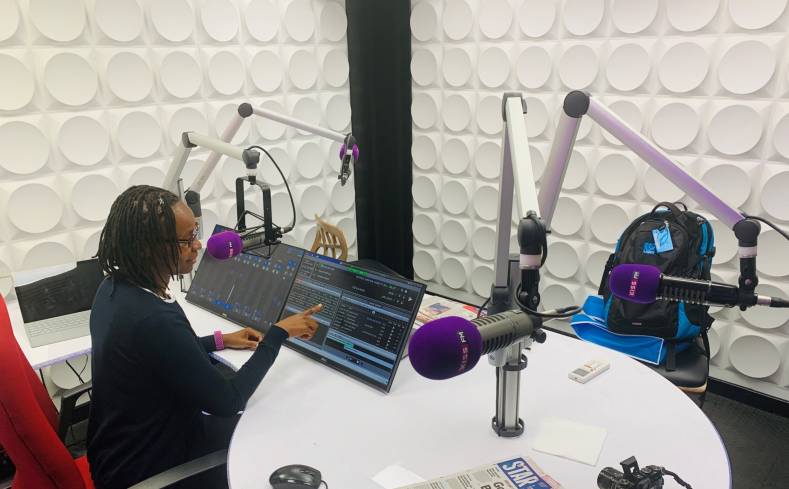 The Lawo RƎLAY concept allows the staff to create a workflow that will serve the station far into the future.

The Radio Africa Group in Nairobi, Kenya, owns six radio stations, a national newspaper, four TV stations and a digital platform, recently chose Lawo RƎLAY Virtual Radio technology to modernize their popular flagship radio station, KISS FM. This has made it one of the most advanced radio stations in the country.

Lawo's RƎLAY is a live radio mixing console that runs in a virtualized PC environment on a standard PC or laptop. The touch-screen interface makes RƎLAY easy to use, and includes features such as voice processing and mix-minus. By pairing RƎLAY software with a third-party playout system and other third-party broadcast software, an entire broadcast studio can be hosted on a single computer.

Kamal Vekaria, Head of Innovation at Radio Africa Group, said that using the Lawo RƎLAY concept allowed them to create a workflow that will serve the station far into the future as it adapts to the changing expectations of radio listeners.

KISS FM’s new studios are built around the RƎLAY virtual mixing console. All PC sources and outputs utilize the AES67 audio-over-IP networking standard. A Lawo A__line AoIP node translates microphones and other line-level sources to AES67, which are then available to the virtual mixer via Ethernet and a network switch.