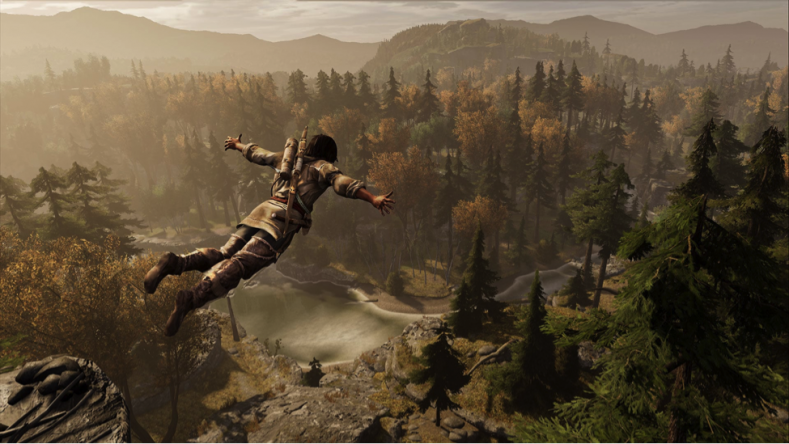 Ubisoft is well-known as a global leader in video-game production and publishing. For the millions who play games like Assassin’s Creed, Just Dance, Tom Clancy’s series, Rayman, Far Cry and Watch Dogs, Ubisoft creates worlds that are intensely engaging, fun and meaningful.

But developing such immersive experiences and staying relevant in the increasingly competitive gaming market requires an equally intense production and delivery process.

Founded more than 30 years ago in France, Ubisoft has the largest in-house game development staff in the world, with more than 15,000 team members from 95 nationalities spread across over 40 global studios.

Today’s game development pipeline is far more complex than it was even five years ago. An increasing number of consoles from companies like Sony, Microsoft, and Nintendo require multiple versions of each game to be created and tested. And emerging display standards like 4K, HDR and VR mean managing enormous file sizes.

“When we produce a game, it typically involves hundreds of people, programmers, artists, game designers and testers, from multiple studios around the world working on the same game, including a lead studio and several co-development studios,” says Li Xiao Song, Ubisoft Service Manager.

Everyone working on a game needs to receive each new version, so they can run it, see what has been done and test it. This creates a huge demand for distributing different data files.

On top of numerous daily file sends, the size of data files has grown substantially. Before the transition to digital, game versions were never larger than 50GB because of limitation on Blue Ray. Now, most everything is digital and builds are always over 100GB. Sometimes they are much, much larger.

“Every time we do a new version, we have to build for each platform — PC, Xbox1, PS4 — and each platform has multiple SKUs,” says Li. “If I need to send all SKUs to all sites, it could be over 2TB of data for a single version.”

Working between so many different sites, distance also poses a challenge to game development workflows. For example, Ubisoft commonly moves data from Montreal to Shanghai, Pune and Kiev.

With standard TCP-based solutions like FTP, latency across those distances can be 300+ms according to Li. Given the distance between those cities is between 7,000 and 12,000 miles, it would take at least five days to transfer a 100GB file, even with high-bandwidth connections.

Fast And Secure Global Workflows For Machines And People

Ubisoft has been using Signiant Manager+Agents for automated system-to-system file transfers for over a decade.

“Every time we produce a new game version, sometimes multiple times a day, Signiant Manager+Agents automatically sends the latest build to all sites involved in a matter of minutes,” says Li.

“Without Signiant, we wouldn’t be able to collaborate between our studios, which is an essential part of the global game development work we do at Ubisoft.”

“One of the biggest advantages of Media Shuttle is that we can use it with external partners,” says Li. “Like when we work with media companies that need to preview a version or when we outsource QC.”

Media Shuttle is often used to replace FTP.  Not only is it much faster and easier to manage, it is far more secure.

“Now that we have Media Shuttle, we are finally able to replace FTP, which is something our security team has been wanting to do for years,” says Li. 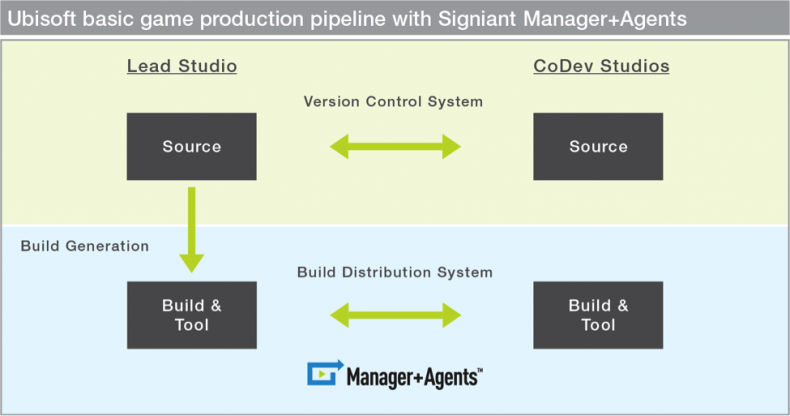 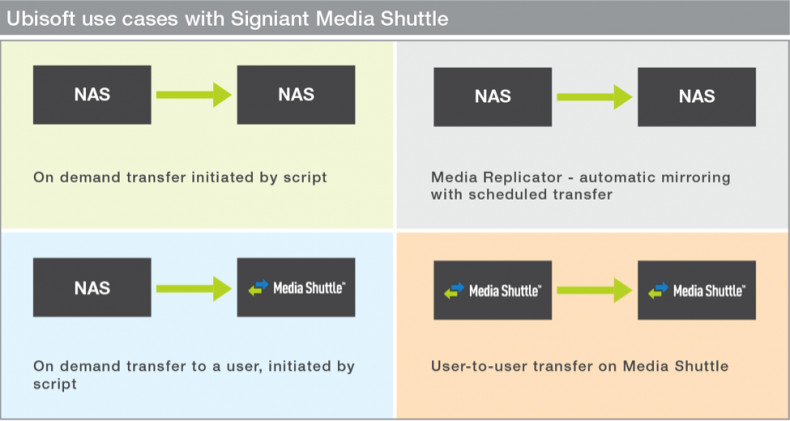 Ubisoft is one of the fastest growing entertainment companies in the world. While its success rests on the diversity of its game portfolio and the talent of its workforce, the complexity of their game development pipeline — with crazy numbers of daily builds moving between multiple locations, as well as internal and external people — requires intelligent file transfer solutions that were built for just this use.

Signiant is focused on the unique needs of the Media & Entertainment environment. Ubisoft’s game development pipeline puts Signiant software to use with an intensity that only the gaming world can bring.