Glyph has announced a Thunderbolt 3 dock that delivers additional ports, power and storage at faster speeds. 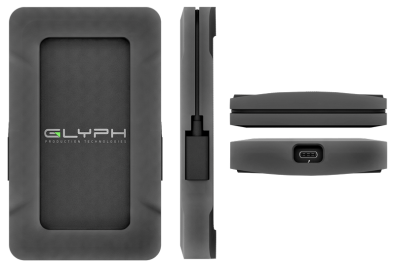 The SSD drive is built to handle the 4K, 8K and VR workflows and was designed to endure the elements with MIL-Standard 810F rating for shock, vibration, dust and sand.

The Atom Pro is small, bus-powered and silent thanks to its heat dissipating outer aluminum shell.