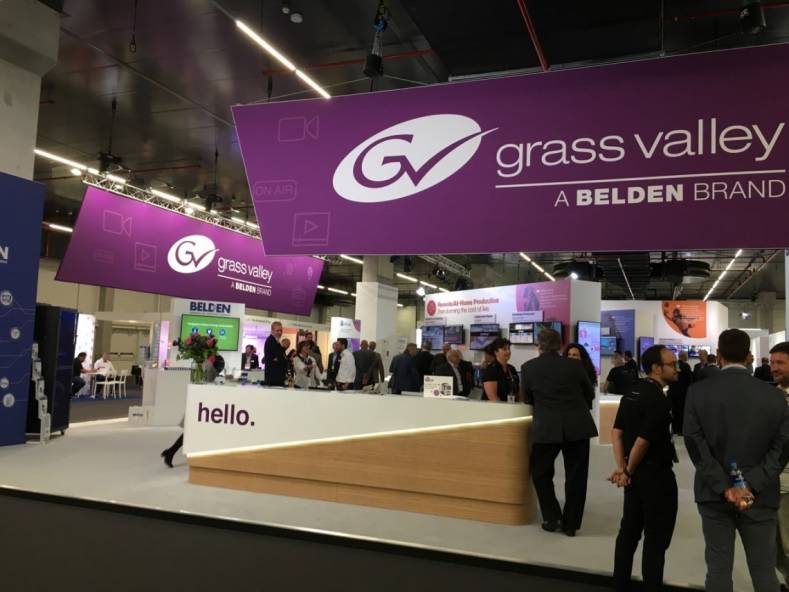 Grass Valley keeps adding new features to its EDIUS editing software to keep it a major competitor in international post.

It’s always interesting to find out what new features the EDIUS editing software from Grass Valley will be showing off at a convention as international as IBC 2019, and the new vers. 9.5 was no disappointment.

As their product manager for editing software, Atsushi “Alex” Kataoka, explained to me as soon as I stepped into the Grass Valley exhibit, this NLE now has the long-awaited ability to sync multiple cameras based on their audio track recordings. 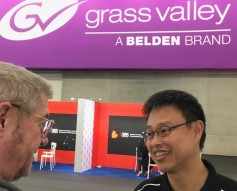 “We have created our new analyzing algorithm called ‘multicam audio sync’ that lets users sync multiple camera clips or add new clips to existing edited sequences,” Kataoka began. “And since this is in EDIUS, you’ll be able to bring in any format at any frame rate with any audio settings, and the system will automatically sync it.”

Although this has been seen in other NLE softwares, there is a good chance that given the history of EDIUS it will prove to be able to handle a very wide spectrum of video recording formats when accomplishing this crucial capability.

Consider the implications. This means that any video source even without genlock, SMPTE time code or even a clap slate, can be called upon as a dual system sync sound source.

If you are going to set up a multicam shoot with cell phones of different heritage, the ability of EDIUS to handle varying frame rates will be a boon.

With cell phones generating such a huge percentage of today’s remote footage, this quick audio sync feature will come in very handy to content creators on the go with limited budgets.

“Just imagine creating a concert video out of all the hand held mobile phone video being shot during the show,” Kataoka proposed, “although there may be some legal issues to be dealt with first. So maybe your kid’s amateur little league championship game is a more practical example. But at least this ‘multicam audio sync’ feature will make these kind of projects possible.”

On the topic of format support, EDIUS 9.5 brings with it the ability to decode Blackmagic Design’s RAW files and export Apple’s ProRes 4444.

“We’ve long supported exporting ProRes 422, but we had additional request for exporting the Alpha channel, so that is what we have now added,” he told me.

For EDIUS users, there was a special promotion in effect.

“Anyone using version 9.1 or later can download 9.5 for free,” Kataoka said. “In addition, our ‘EDIUS 9+’ promo makes the offer that anyone purchasing an EDIUS 9 license after September 13, 2019 will be eligible for a free upgrade to the next version which will be coming next year.”

There is a second front to editing at Grass Valley, in the form of their Rio system.

Kataoka told me its most recent version 4.5.7 software can now support the latest Sony Cinema cameras as well as the latest models from Red Digital Cinema.

Rio has always been geared more toward cinema-style post.

“We’ve also been putting a lot of work into EDIUS on the cloud, and all of the demos we have at our IBC booth are showing cloud capabilities,” Kataoka told me, “as well as previews of our continuing work on our combined media production system with GV STRATUS One.”

The idea behind GV STRATUS One is to combine multiple functions into one workflow.

I’ll keep you posted on the next revelations regarding this ambitious project.