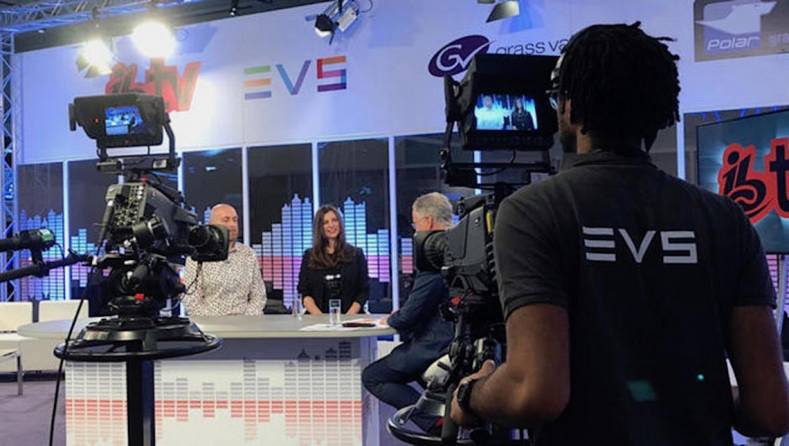 EVS Technology was at the core of the IBC TV broadcast throughout the RAI convention.

At IBC 2019 EVS was showing how you can create live productions not only smarter, but saving your budget too.

It has been a busy year for EVS, celebrating “25 Years of Emotion” with lots of new products. 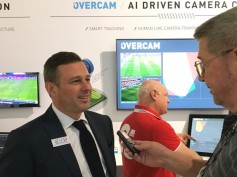 The first one Sebastien Verlaine, marketing and communications manager at EVS, wanted to point out to me was Overcam, a robotized camera system that places 4 cameras (Hi-Central, Offside-Left, Offside-Right, Hi-Tactical) around the field, controlled by EVS’s VIA Mind Artificial Intelligence engine.

“This is a software system that uses machine learning techniques to control robotic cameras, such as PTZ cameras from Panasonic, and track the action on field,” Verlaine began, “allowing the autonomous cameras to be steered in the right direction and to accurately frame the scene.”

Overcam can be used to shoot a game by itself, or integrated into a larger production.

So far, the proof of concept tests EVS has conducted for Overcam have been based around soccer (in Europe, “football”) but Verlaine assured me the technology can eventually be applied to any sport.

Overcam should be officially launched early next year.

Continuing along the automation path, EVS had their X-One all-in-one production system on display, a production hub for what EVS calls “lean productions”.

X-one can turn a one man band into a production symphony.

“This system allows a single operator to do live switching, create replays and highlights, control audio, playback content and insert graphics all from an intuitive dual touchscreen user interface,” Verlaine adds: “When combining X-One with Overcam, customers have a real incentive to cover more events at a lower cost.”

The user interface has been designed for maximum operator simplicity.

X-one puts everything at the operator's 10 fingertips.

New at this show they demonstrated that it can let the operator define multi-angle clips and create highlight reels while the live production is still going on.

You can even define the speed of the slo mo used during that highlight reel.

Then over in another corner of their exhibit, EVS had their Dyvi software-defined live production switcher being used to produce an eSports feed.

“We’re sending it to multiple social media outlets, and with the help of content management tools it’s all being sent out in the proper aspect ratio for the specific streaming network,” Verlaine said. 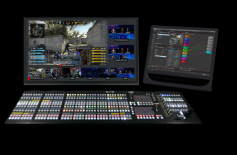 Dyvi lets you create complex, multi-layered designs at the push of a button.

“This same switcher is also being used during this convention for IBC TV as part of the demonstration of how different manufacturers can work together in an IP environment.”

Last but not least, Verlaine directed me toward the XT-VIA and XS-VIA live production servers being used by many remote trucks for live sports.

XT-VIA integrates all new formats from HD to 8K, SDR to HDR, and SDI to IP.

“These just passed the JT-NM (Joint Task Force on Networked Media) testing for IP interoperability,” he said, “which means, among other things, that they are certified for SMPTE ST-2110 compatibility as well as configuration for network management between endpoints.”