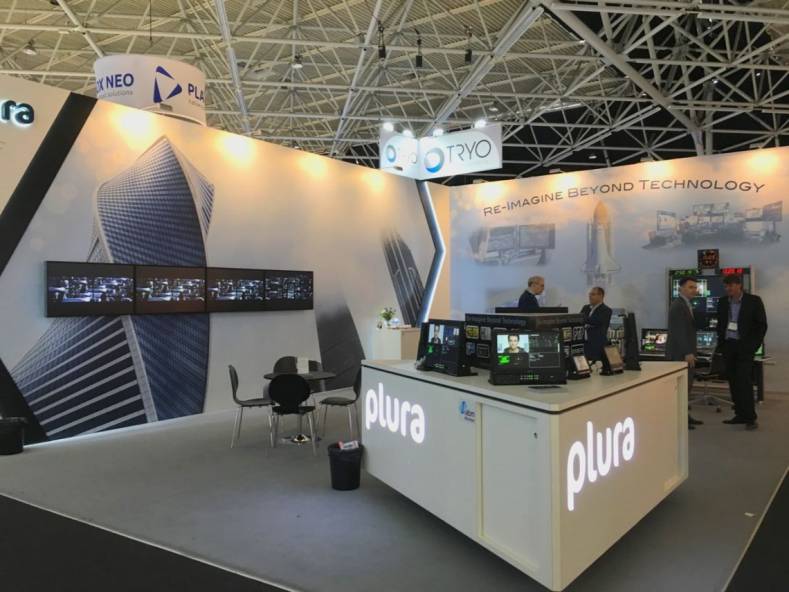 The message from the Plura Broadcast booth at IBC 2019 was so clear they could let it speak for itself.

The promise of SMPTE ST 2022-7 has been never to lose picture on a critical monitor, and at IBC 2019 Plura Broadcast showed us how to make it real.

The impact of the move to IP technology is only just beginning to be felt on the practical functioning of broadcast monitors.

That’s partially because, let’s face it, they have always looked pretty darned good and their legacy wiring has long been firmly built into most facilities.

But when Ray Kalo, president and CEO of Plura Broadcast, greeted me as I walked into his IBC 2019 exhibit asking, “What’s new?”, he pointed to his SFP-H-7 Hybrid Monitor and told me with his usual understatement, “It supports 3G SMPTE ST 2110 signals across 10 GigE and is SMPTE ST 2022-7 compliant.” 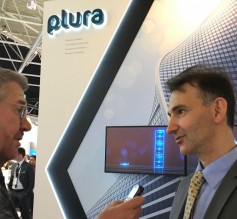 That was the first I had heard of a broadcast monitor conforming to the SMPTE ST 2022-7 spec, although some video walls on exhibit at NAB 2019 had tackled it.

But I did know that it meant when properly configured these displays would theoretically never lose their picture due to signal disruption.

As would be expected from Kalo, he had a simple, yet persuasive, demonstration set up to prove his claim.

The general idea behind SMPTE ST-2022-7 is that it is a seamless switching standard. That means if a compliant monitor is fed with two IP streams from a SMPTE ST-2022-7 enabled transmitter with the same UDP (User Datagram Protocol) payload, even if they are coming over different routes, and if the monitor’s receiver is also SMPTE 2022-7 enabled, whenever a packet is lost on path 1, the receiver will switch to path 2 without signal loss. 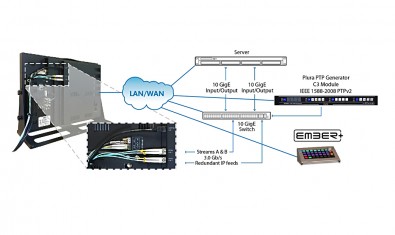 A schematic of the SMPTE ST 2022-7 signal flow with the addition of Ember+ control system protocol, not used in this demo (click to expand).

The upshot? You don’t lose picture due to signal interruption.

How would your broadcast control room like that during live prime time programming?

Or, how would a heart surgeon like that when conducting a remote operation?

He stepped over and disconnected the signal from monitor A.

The screen on the left went dark, but the image on the center monitor stayed firm and stable.

Plura’s SFP-H-7 Hybrid Monitors, available in multiple sizes ranging from 17-inch all the way to 84-inch, have both IP, fiber and coax connectivity for installation flexibility.

It was a self-evident demonstration of the result of many dedicated hours of work by several SMPTE committees.

There's a good chance I had just seen a signal configuration that one day would be commonplace throughout most broadcast facilities.

And it was shown on some very capable Plura Broadcast monitors.