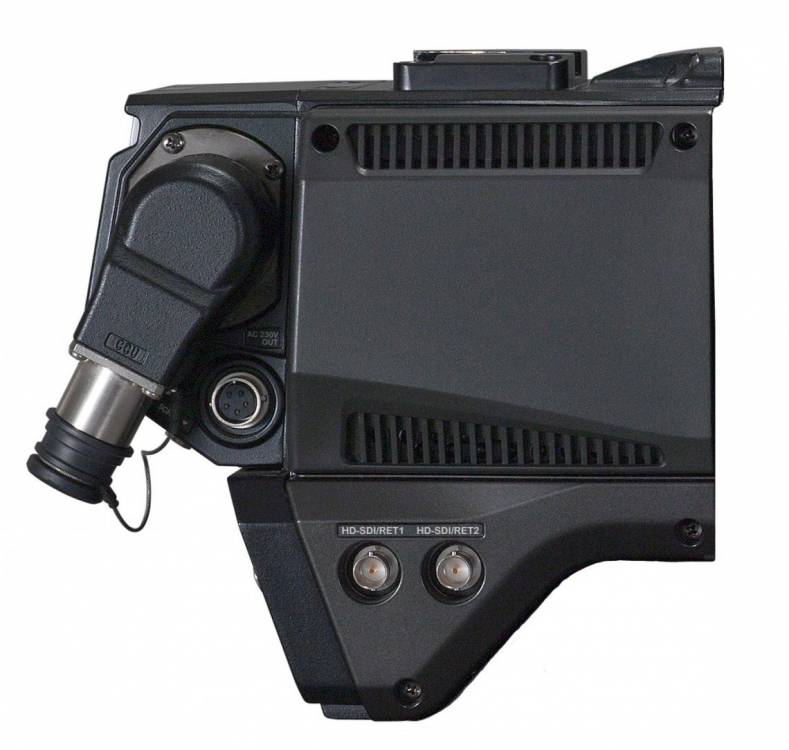 The gear, which is released in January, is compatible with all Hitachi 1080p and 1080i Z and SK series HDTV cameras, “but are particularly compelling for use with progressive-scan models” the company says. The accessories combine with Hitachi Kokusai’s 1080p60-native studio and field production camera heads – including the Z-HD5500 and SK-HD1800 – to form camera systems with fully-progressive signal paths.

The CU-HD550/CA-HF550 combination offers a lower-cost entry point to progressive production for customers who don’t require the advanced expansion options and extra I/O connections of the flagship CU-HD1300 CCU series, the firm says.

Compatible with both the new CU-HD550 and existing Hitachi CCU models, the CA-HF550 transmits video, audio, power and control over SMPTE 304M fiber between the camera and CCU. Two HD-SDI connections on the CA-HF550 provide video output at the camera end and can be switched between camera, prompter and return video. The CA-HF550 also provides ample AC power at the camera head to drive both a prompter and floor monitor through the fiber cable.