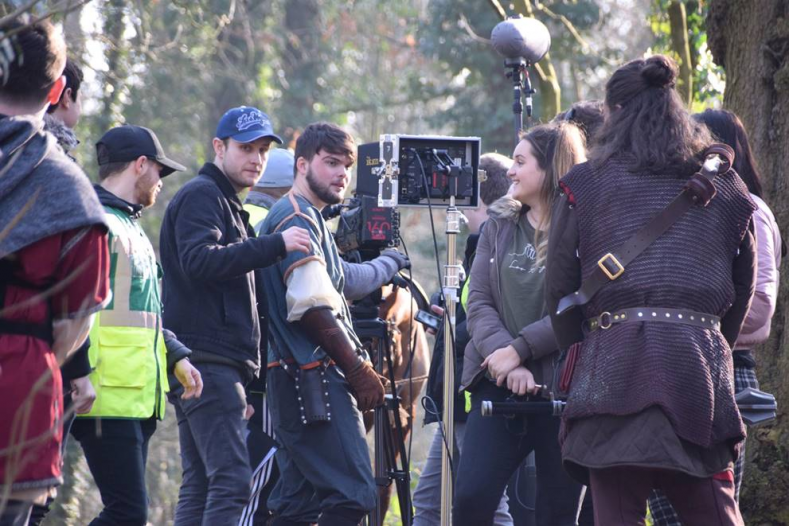 The University of Salford’s School of Arts and Media has invested in VariCam, Lumix and EVA1 cameras for students to work on its BA (Hons) Film Production undergraduate course.

The university chose Panasonic to provide students with production cameras because they were already being readily used for high-end feature, drama, natural history and documentary production, as well as popular Netflix Original series' such as Ozark, After Life and Orange is the New Black.

Janan Yakula, Lecturer in Film Production at The University of Salford said: "The Film Production degree takes a holistic approach to learning, with the mixture of practice and theory intended to provide our graduates with all the skills they need to succeed in the production industry. As the course is designed to lay the foundation for film making, we needed a professional filming tool that would also be an educational tool.”

Steven Wyatt, Academic Fellow for Film Production said: "Panasonic's line of cameras work very successfully as an educational tool from the students perspective because they can seamlessly intermix footage from the EVA1, VariCam LT and 35 footage, particularly in 10-bit 2K modes. The uniform color science and V-Log option allows students to adapt the lineup to a wide range of shooting conditions.”

The uniformity of the Panasonic menu system allows students to be familiar with the multitude of cameras, increasing their overall confidence when moving between the camera systems. Commenting on the benefits of the Panasonic range for editing and grading in post-production.

Wyatt added, "The option for inputting Panasonic's custom LUTs courtesy of its website allow in-class discussions on setting up looks for specific tasks. For example, the Hi-Con Black and White LUT has been a great tool for displaying and deconstructing lighting for Black and White in-class, as students can view the output of the camera in black and white, but still preserve the log signal for grading later."

The University of Salford concluded its first final-year undergraduate intake with an inaugural awards ceremony, where each team presented its short films. The majority of the films used a mixture of the Panasonic VariCam 35 and LT, and EVA1 cameras. Following the awards, many students are now pitching their films to film festivals, such as Edinburgh and Leeds, to continue their journeys into the world of film making.