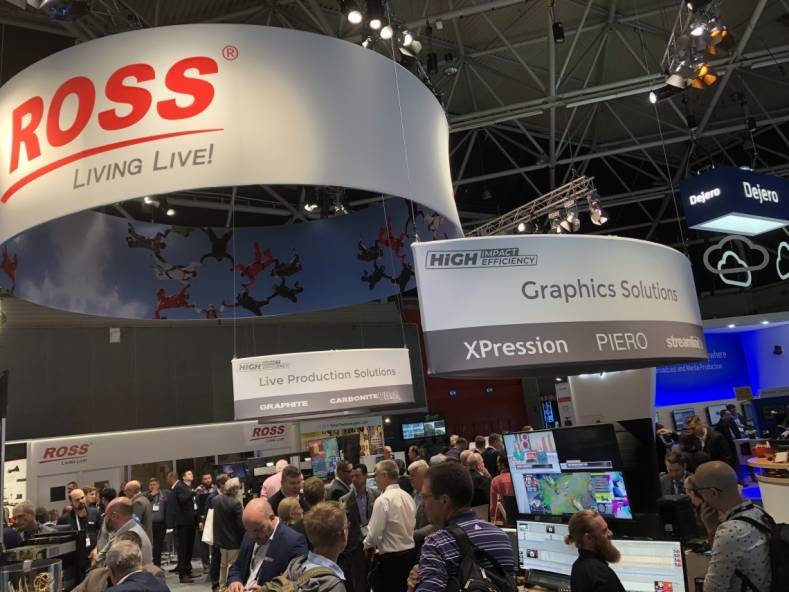 The Ross Video exhibit at IBC 2019 was always crowded because they have branched into so many aspects of production.

Amid all the new cameras, dollies and converters from Ross Video, graphics systems and servers are still its central calling.

Ross Video has become known for everything from SkyDollies to cameras, but from my post-production perspective what I wanted to know about was their latest in Ross’ mainstay, graphics.

The latest news for PIERO is that it is now on the same hardware platform as Voyager and XPression, which makes it easier for both Ross and their customers to deploy. 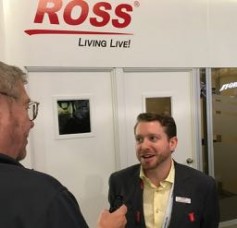 “This includes the server hardware which we produce,” Millward told me, “including the 2 RU version for PIERO, the 3 RU for XPression and the 4 RU for our Unreal Engine-based, hyper-realistic platform, Voyager. Actually, XPression can run on other sizes of servers, including a 1 RU version that is especially appropriate for OB vans.”

What XPression can do has also been expanded since we saw it at NAB 2019. 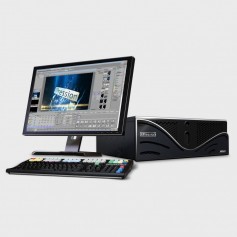 Built from the beginning to be a 3D system, XPression also fully supports 2D workflows.

The new Version 9.0 now has, among many other features, a new Font Manager that lets you categorize fonts into folders, sorted by name, ID or font size, and Visual Logic that can parse XMP metadata from PNG files.

“Most importantly, XPression can now run as a virtual machine on Cisco datacenter platforms,” Millward said. “And it has an Adobe Photoshop layer import now, so you can import a PSD file and XPression will automatically put all its layers into groups inside the XPression template.” 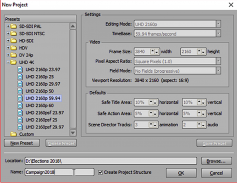 XPression supports video formats from SD all the way to UHD.

On the timeline, you can now duplicate the Scene Directors and copy them so they can be used in other projects.

“We’ve enhanced our Clips workflow with a Placeholder feature to make a space for a clip in the playlist that doesn’t exist yet,” Millward went on, “and given the timeline the ability to hold Trigger Events in the clips timelines to trigger external events such as a key from a switcher.”

This last feature just described should not slide by too quickly. It’s actually a type of animation where the graphics engine itself is activating the workflow, giving you two layers of automation. That can be a major streamline to the workflow.

“Of course, that’s only part of what we are showing at IBC 2019,” Millward finished up. “You have to check out our SkyDolly, part of our Furio Robotic line, which is part of our new Ross robots, as its coming to be known.”

Not to leave them out, among the breaking new announcements from Ross Video at IBC 2019 was the upgrade to their flagship production switcher, Version 9.1 of Acuity, which now offers direct integration with the Ultritouch hardware panel. This provides unified router and switcher AUX control into a single 2 RU touch screen interface along with new features improving Acuity’s compatibility with Ross Video’s production automation system, OverDrive. Vers.9.1 also adds additional Sony and JVC cameras to the list of supported models.

And, the Carbonite Ultra V3.0 production switcher has been upgraded to now include a dedicated single-channel clip player for playout of compressed MPEG-4 AVC media directly from a connected USB-media drive. Just load your media onto a USB thumb drive and play it back as part of the show.

You can’t do that with any other production switcher except Ross.