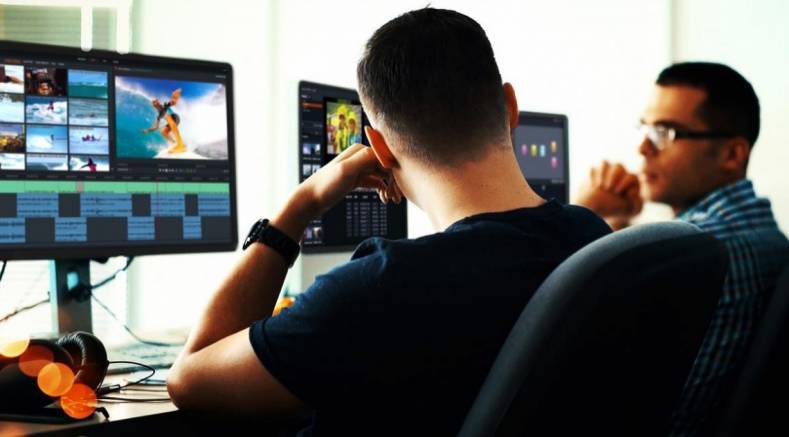 EditShare, the postproduction technology company based around high performance collaborative storage, could be about to get its own high performance lift off. With the fresh cash injection of private equity firm ParkerGale Capital and under the leadership of proven video engineering entrepreneur Conrad Clemson, the company is targeting expansion into AI, cloud and live sports production.

“We will grow the heck out of this company,” Clemson told The Broadcast Bridge. “We’ve identified core market verticals including post, sports, corporate, news and advertising. We’ve got our core storage platform which is very strategic to everything we do and on top of that we have the Flow MAM which allows us to automate, store and manage all the data. The next step is to extend our platform with APIs either generically or for targeted market segments. Some could be facial recognition or speech to text for data enrichments.”

EditShare’s main solution is the media optimised clustered file system which is called EFS 2020 in its latest incarnation.

“What is important is that all the IP that makes EFS what it is is in software layers that sit on a tech stack,” Clemson says. “We are in the business of software. Our clustered file system runs on COTS servers in the cloud or on premise and any place in between. That is different to almost anybody we compete against.

“We have made significant investments so that it doesn’t take a Phd to get high performance out of the system and we’ve also concentrated on security and how we build in auditing or tracking that keep the content safe at every stage of the workflow.

“When it comes to AI the important thing for us is not to be the best at ML – we will leave that to companies like IBM. But you need to be able to pick and interface with the right algorithms and the right interfaces and that is something we are intent on doing.”

He also points to growing the business with initiatives like EditShare Academy, a mix of instructor-led and e-learning courses designed to take students from beginner to expert in EditShare tools and workflows.

The company’s shared storage has played a role in pioneering fast turnaround and remote produced reality TV, including for Endemol’s Wild Island but sports is a relatively new focus.

“We will be running remote production live sports workflows in the cloud for some really big customers by the end of the year,” Clemson teases.

Part of its solution is Flow Story, built on the Lightworks NLE, and designed as a fast turnaround tool for editors working with proxies in any location work. Flow Story also integrates with other NLEs such as Avid Media Composer, Adobe Premiere, Da Vinci Resolve through AAF and XML, for file interchange. 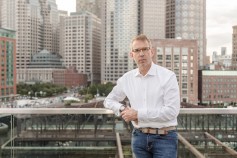 Clemson was co-founder of VOD tech company Broadbus Technologies in 1999 which was sold to Motorola in 2006 for $185 million. He then joined jBNI Video, a startup that sold a web-based VOD system and secured the backing of Comcast and Time Warner Cable. It was sold to Cisco for $99m. Clemson joined Cisco as a result and, in his most recent role, was responsible for the company’s work around video, mobility and network function virtualisation.

“People ask why I wanted to join EditShare and I tell you it’s because video is a fantastically interesting marketplace,” he says. “Watching video is what humans across the planet do most of after sleeping, eating and working.”

EditShare was founded in 2003 by documentary producer Andy Liebman, who wanted a more flexible and affordable solution to media sharing. EditShare was able to offer an alternative to the expensive SAN and Fiber Channel solutions by providing the industry's first high-performance NAS for editing.

In 2009 it acquired Gee Broadcast Systems, maker of video capture and playout servers, and with it the Lightworks brand of nonlinear editor which has one million users today including Thelma Schoonmacher who used the software to craft The Irishman.

In 2018 EditShare acquired Quales, a company specialising in AQC, and Clemson doesn’t rule out expanding further with new acquisitions.

Liebman and EVP Business Development Tara Montford, took the company which posted 2018 revenues of $20m, to the market in a bid to find investors. ParkerGale boarded in May this year.

“We are bringing additional experience and expertise to grow the company,” Clemson says. “We bring cash to invest in technology as we move to a cloud native platform. The companies have really strong assets that I felt we could build on and lift to the next level.”