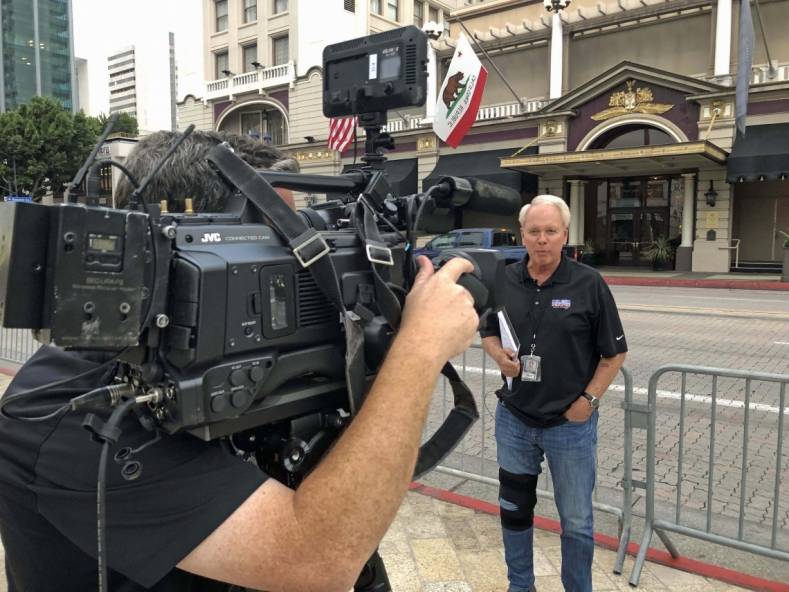 Fred Swift, KUSI chief engineer, said video quality was the main reason why the station upgraded to 2/3-inch camcorders in the field.

In addition to its regular newscasts, KUSI produces a Friday night high school football wrap-up show, The Prep Pigskin Report, which offers highlights from about 36 games around the area. According to Swift, the JVC cameras shine during sports coverage. He also praised its low-light performance.

Another advantage with the new camcorders is the HD-SDI pool feed input, so photographers no longer need to bring an external device to the courthouse and other locations to record footage. “Being able to record a pool feed on your camera is pretty handy, and SD cards make it easy,” Swift added. “JVC really thought this through for news and included a lot of features.”

The camcorders are paired with FUJINON 20x zoom lenses and protected by Porta Brace covers. While KUSI is currently using external video transmission systems in the field, Swift said the camcorder’s integrated streaming “looks enticing” for future use, possibly after 5G technology has been adopted in the region.