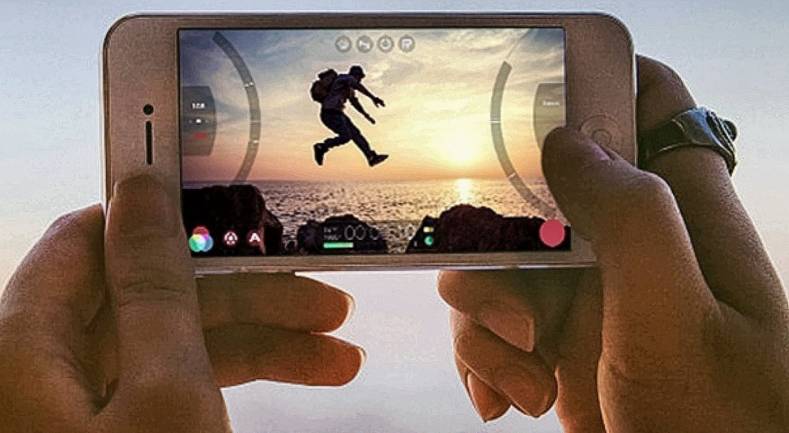 As one who owned an RCA TK-76 video camera and one of the first Sony Betacams, I have long been acquainted with very heavy video gear. This, in fact, was a key reason I bought Apple’s new iPhone 11 Pro Max. I got it in time for a major video shoot and these are my initial experiences.

After using it, Apple’s iPhone 11 Pro Max lives up to its promise as a remarkable video camera — from it’s long zoom range to its excellent image stabilization. In fact, as one who has owned many different ENG cameras since the mid 1970s, this iPhone is clearly the best video camera I have ever owned.

The only difficulty I encountered on a test shoot with musicians in New York City's Washington Square Park was with accessories to handle the new phone with three lenses. It took some experimenting to learn the phone’s benefits and limitations.

I found the DJI Osmo Mobile 3 the best way to hand-hold the phone and get consistently perfect shots. However, trying to use a Rode Videomic ME with a dead-cat windscreen on the end of the iPhone threw the Mobile 3 off balance. I could not get the mic to work with the gimbal. 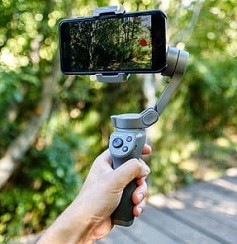 I tested the new iPhone Pro's “zooming” microphones outdoors on a windy day. Though the internal mics worked surprisingly well for recording music, I got random blasts of wind noise. This was frustrating since there was no way to control the wind. I clearly need to find wind protection for the internal iPhone mics or a way to mount a wind-protected outboard mic for use on a gimbal.

I tried the iPhone on a mount with a straight handle, using the Rode mic. Though the image stabilization helped steady my shaky hand movements, the images were not in the league with the Mobile 3 gimbal. It became a trade off of mobility over audio quality.

Apple’s new Super Retina XDR OLED display on the 11 Pro offers beautiful color rendition and is the brightest display ever used on an iPhone. It provides an immersive HDR viewing experience for high definition video with up to 1,200 nits brightness. With a two million-to-one contrast ratio with true blacks, HDR videos look remarkably good.

However, no matter how good the screen, the limits of physics apply. Outdoors in the bright sun, a lens shade is definitely needed. There were times I couldn’t see what I was shooting. Another item for my accessory list.

Even though the iPhone 11 Pro uses a very snappy A13 Bionic chip (20 percent faster) with that screen, I found the battery life exceptional. Supposedly it is five hours longer than my previous iPhone X. After nearly three hours of constant shooting, I had barely dented the battery performance. The battery life is such that shooters can easily get through an entire day. 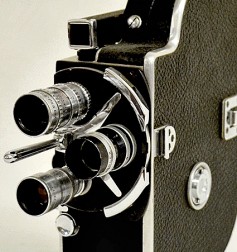 Perhaps, most revolutionary is the triple-camera system with an ultra wide (13mm equivalent), wide (26mm equivalent) and telephoto (52mm equivalent) lenses. It reminded me of the old Bolex 16mm film camera I started with in the 1960s with three prime lenses. The five-element ultra-wide lens has a f/2.4 aperture and 120-degree field of view. For the wide lens, it's a six-element f/1.8 aperture.

The six-element telephoto lens has a f/2.0 aperture with a 2x optical zoom-in. The wide and telephoto lenses have optical image stabilization. These zooms combine to offer a zoom range of x10 digital. In the old days, digital zooms looked terrible. Not anymore. This is where artificial intelligence comes in to improve the quality of the images. 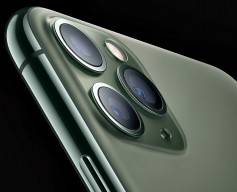 I don’t quite understand it, but as a user I’m impressed how AI is revolutionizing video and still photography. Those three lenses combine, with AI, to create stunning zooms. The new chip, the A13 Bionic, was designed for machine learning. It has a faster Neural Engine for real-time video and photo analysis.

New Machine Learning Accelerators allow the CPU to deliver more than one trillion operations per second. Together, A13 chip and the new iOS 13 operating system, make magic with video quality.

With the triple-camera lens system, the new iPhone Pro records 4K video to HD with extended dynamic range and cinematic video stabilization. Users can zoom between each of the three lenses, while Audio Zoom matches the audio to the video framing for more dynamic sound.

With iOS 13, new video editing tools allow users to rotate, crop, increase exposure and apply filters to videos instantly. These adjustments are easy to apply and review at a glance.

Smart HDR uses machine learning to recognize subjects in the frame and intelligently relight them to be more natural with greater detail. With QuickTake, users can record video by simply holding the shutter button. The camera now records 4K video at up to 60 fps and 120 fps slo-mo.

As a writer, I mainly purchased the new iPhone to record interviews. Since I usually work alone, an especially enticing upcoming new feature was demoed at the Apple news conference introducing the iPhone 11. It’s an updated version of FilMic Pro, one of the top video apps used by professionals for iPhones.

The next version of FilMic Pro can record from multiple cameras simultaneously, including recording the front and back camera, or shooting using the new ultra-wide and standard wide cameras for additional camera coverage.

Thanks to a new Apple API introduced in June, FilMic Pro’s new app, due later this year, can open the door to two camera interviews. Imagine, sitting at a table in a coffee shop interviewing a subject. Your iPhone is on a tabletop tripod with the front camera on the subject and the back camera on the interviewer, both recording simultaneously. This will be a boon for news reporters.

As a video camera, the new iPhone 11 Pro offers a remarkable leap forward in image quality. With Night Mode and other features for still photography, it can also do amazing things with stills. It is definitely a game changer for small video crews that should make a huge impact of news photography.