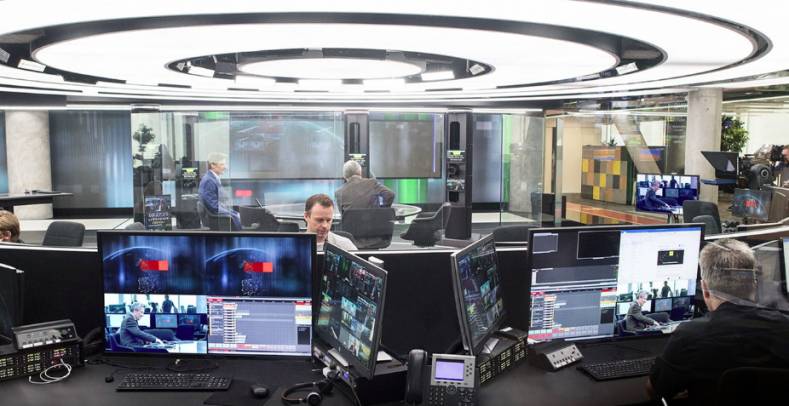 Is it a Virtual Studio or actually there? Or do we even care any more?

Vizrt has made the art of Virtual Reality so real, the difference has become virtually indistinguishable.

Vizrt is demonstrating its new Viz Engine 4 on the floor of Hall 7 during IBC 2019 after its pre-show announcement created a lot of media buzz.

Attendees will be able to see for themselves how this new technology will improve the look of virtual studio sets and augmented reality graphics combined with live video during daily presentations of their “The Big AR Sports Show”.

This is the latest incarnation of Vizrt’s Viz Engine core graphics technology which is already instrumental in the live video productions of more than 4,000 broadcasters worldwide.

According to Gerhard Lang, Chief Technology Officer at Vizrt, “New features have been developed with the customer in mind, with this platform propelling them over the next 10 to 20 years. Our R&D teams have focused on how we can elevate our customers’ brands to the next level by providing world-class photorealism, the latest keyer technology and welcoming third party integrations including Unreal Engine 4.”

Viz Engine 4’s native, physical-based rendering is the foundation of its programmable graphics pipeline which includes capabilities such as reflection, refraction and depth of field, all of which provide extra layers of realism, especially for virtual set design.

Vizrt technology enhances the immediacy of the excitement of sports.

But that is just the beginning of Vizrt’s IBC 2019 introductions.

They are also presenting four new production control, workflow and automation systems intended to conquer the complexity of live productions.

If it can be designed, Vizrt software can make it real.

“There is a need in the broadcast industry to provide platforms that deliver both an easy entry point into live production ecosystems, as well as provide the precision required for high-quality modern live productions,” said Dr. Andrew Cross, President of R&D at Vizrt. “Making live programs easier than ever to produce and more fun to create, while also saving broadcasters time and money are key to the systems we are introducing at IBC 2019.”