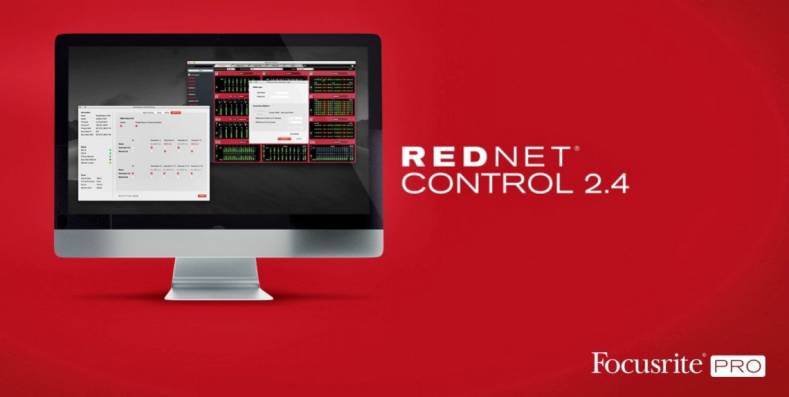 Focusrite has released RedNet Control 2.4, a free software update that adds Dante Domain Manager (DDM) and AES67/AES70 compatibility as well as an AES3 Kill Switch function, background mode and other enhancements to the RedNet network.

Also new in RedNet Control 2.4 is AES3 Kill Switch control for RedNet D16 and RedNet D16R. Currently a RedNet D16R always sends information (a series of zeroes) on its AES3 outputs, making it impossible for downstream devices to distinguish between “mute” and “fault” status. With the new Kill Switch feature, users can set channel pairs to automatically cut the AES3 transmission from the D16R in certain conditions.