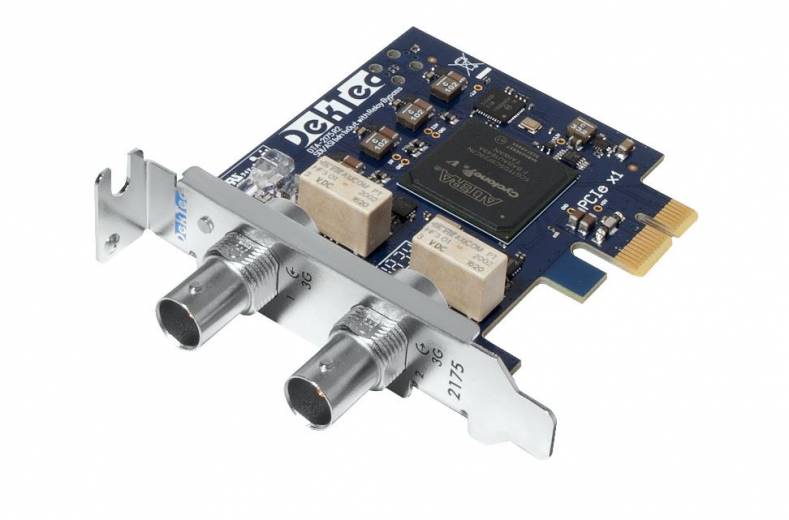 A growing number of manufacturers are interested in standard SDI/ASI I/O cards. In response, DekTec is redesigning its PCIe SDI product line from the ground up.

DekTec has announced its plans for the 2019 IBC Conference and Exhibition. On stand, the company will show and explain its broad line of PC-based hardware and software solutions for standard PCs. Its solutions support ASI, TSoIP, RF, HD-SDI I/O. The company will also display its latest test modulators and demodulators for most standards.

DekTec's high-end test modulators and receivers have been fully updated to support the ATSC 3.0 physical layer standard A/322. The company’s Atsc3Xpress is the test-signal generator for ATSC 3.0 transmission, receiver chip development, field trials and demonstrations.

Dedicated Hardware on the Wane

The move to IP and software centric workflow creates an uncertainty forcing manufacturers to move away from dedicated hardware, which take a long time to design and requires lots of investment.

According to DekTec America General Manager Stephane Billat, “The result is that manufacturers concentrate their resources on software development running on COTS platform (also known as Standard IT servers). This allows manufacturers to offer more competitive solutions, quicker to market with less risks. Designing software for cloud computing is fine but today we still work in a video world mostly based on coaxial architecture carrying standard based broadcast I/O like SDI or ASI signals. As a result, manufacturers are sourcing standard PCIe cards to install in their server to acquire the content from the facility or to render to the SDI infrastructure. DekTec has been leveraging its SDI product line for more than 5 years now supporting the industry.”

While DekTec is busy embracing new IP trends and some new SMPTE-2110 uncompressed video designs in the lab, its IBC stand will exhibit and demonstrate a new PCIe line of products which is more powerful, offers more density options, has a smaller footprint and is significantly cost-reduced from the current existing products on the market.

The company is widening the specification of its cards by adding support for one or more UHD 12G-SDI ports on SDI cards. With most of the new designs, a user can use each bidirectional port as ASI, SD-SDI, HD-SDI, 3G-SDI or 12G-SDI. When using a PCIe card with more than 4 ports, it will also support UHD via the 4x3G ports or the 12G port.

Billat said “DekTec’s PCIe cards for ASI/SDI have been for the most part ½ length and ½ height for quite a while, still we are reducing the length of the card by optimizing the number of chips on the board, reducing the power consumption, mechanical limitations which results in less cooling requirement. This also allows the removal of the fan in most design.

In order to offer flexibility to our customers, the new line of product supports 2, 4, 8, or 12 bidirectional ASI/SDI ports with Genlock, still allowing manufacturers to offer the right product density for the right application, under the same SDK in a COTS environment.

Finally, we have been able to reduce our cost by more than half on the new product line by using the latest and greatest technology and ASIC density. We are passing these savings to the end user allowing us to be ultra-competitive and opening new markets where the previous cost would have kept us out.” 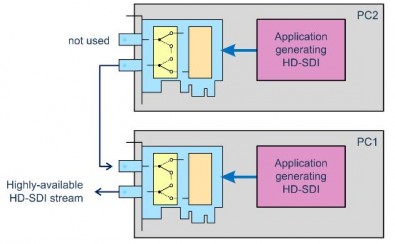 For hardware backup, an automatic watchdog-controlled bypass relay can switch to a second DTA-2175 running on a separate PC.

Typical applications of the DTA-2175 include SDI generation and/or capturing, and inline processing of SDI signals, such as inserting a logo or subtitling, embedding audio or adding ANC data packets. It is the successor of the DTA-2145, DekTec's best-selling product for adding ASI I/O to servers.

The DekTec Matrix API 2.0 enables users to create custom applications on top of the DTA-2175. The API implements all the low-level SDI details, making life much easier for application developers. Convenient Matrix-API features include directly working with audio- and video samples, pixel-format- and bit-width conversion, video scaling and more.

Third is the DTA-2179B with 12 ports bidirectional 3G-SDI/ASI and genlock with three of the ports capable of 12G-SDI.

“With these new boards” Billat said, “we believe, we can allow our existing customers a way to offer flexible products in a COTS environment but also attract new customers in markets where DekTec was not an option in the past."