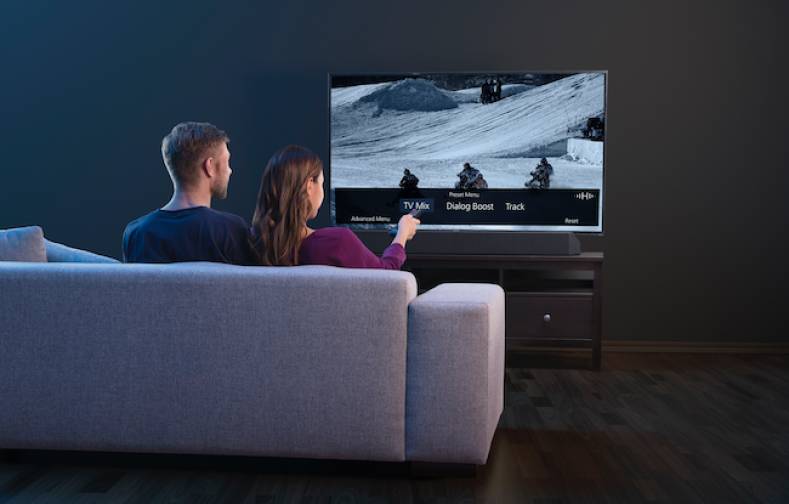 The SBTVD (Sistema Brasileiro de Televisão Digital/Brazilian Digital Television System) Forum has selected MPEG-H Audio for inclusion as an additional audio system in the country’s ISDB-Tb specifications. This allows broadcasters to deliver immersive and personalized sound to Brazilian viewers over the existing SBTVD/ISDB-Tb system by simulcasting MPEG-H Audio alongside the existing AAC audio.

MPEG-H Audio is included in the ATSC 3.0 and DVB television broadcast standards, as well as in 3GPP. In South Korea, terrestrial ATSC 3.0 broadcasting with MPEG-H Audio is already on air, making MPEG-H the world’s first commercialized next-generation TV audio technology.

At the recent 2019 SET Expo trade show in São Paulo, Fraunhofer IIS and its technology partners EiTV and Ateme staged a live showcase of an ISDB-Tb broadcast spotlighting the immersive capabilities of MPEG-H Audio.

For the live transmission at SET Expo, Ateme’s Titan encoder was used to convert audio and video content. It generated a transport stream containing two audio streams using AAC and MPEG-H Audio according to the ISDB-Tb specifications—while an EiTV Playout Professional headend device produces the necessary PSI/SI tables required for ISDB-Tb transmission and the final multiplex compatible with the specifications of the Brazilian SBTVD/ISDB-Tb pattern. 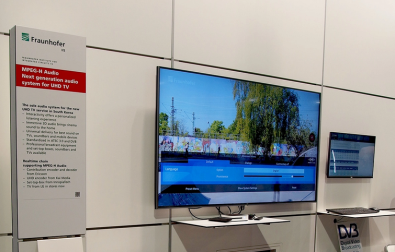 Fraunhofer staged a live MPEG-H Audio broadcast in Brazil at the SET Expo.

Multiple professional MPEG-H production solutions were also on display at the 2019 SET Expo trade show. The Fraunhofer booth included a real-time encoding-decoding chain and tools to produce 3D sound and interactive audio with MPEG-H. At the Solid State Logic (SSL) booth, visitors could step inside an OB truck supplied by Epah Estudios to experience an immersive and interactive MPEG-H production (with material captured at the 2019 Eurovision Song Contest using a mixing console by SSL and a Linear Acoustic AMS Authoring and Monitoring System).

In addition, the Fraunhofer booth offered consumer demos such as the MPEG-H enabled Sennheiser AMBEO Soundbar as well as MPEG-H enabled TV sets from Samsung and LG that are already in use in South Korea.

MPEG-H Audio provides immersive sound and enables the viewer to personalize a program’s audio mix, for instance by switching between different languages, adjusting the volume of a sports commentator, enhancing the dialogue, or choosing from various audio description options. Personalization features like the latter enable broadcasters or providers of video streaming services to offer more advanced accessibility services. In terms of content delivery and playback, MPEG-H Audio’s universal delivery concept ensures the best sound regardless of the consumer device or listening environment.

Fraunhofer IIS and TV Globo conducted the very first trial using MPEG-H Audio in Brazil during the 2019 Carnival in Rio de Janeiro in March. It focused on the evaluation of production tools necessary for enabling advanced personalization features such as enhancing the dialog or choosing a “Sambadrome” version of the content without any commentary. Later in the year, MPEG-H was selected for inclusion as an additional audio system in the specifications of the Brazilian Digital Television system ISDB-Tb.

Professional broadcast equipment, including encoders and monitoring solutions, as well as decoders and consumer products, such as TV sets and sound bars with MPEG-H support have been announced and introduced into the consumer market.