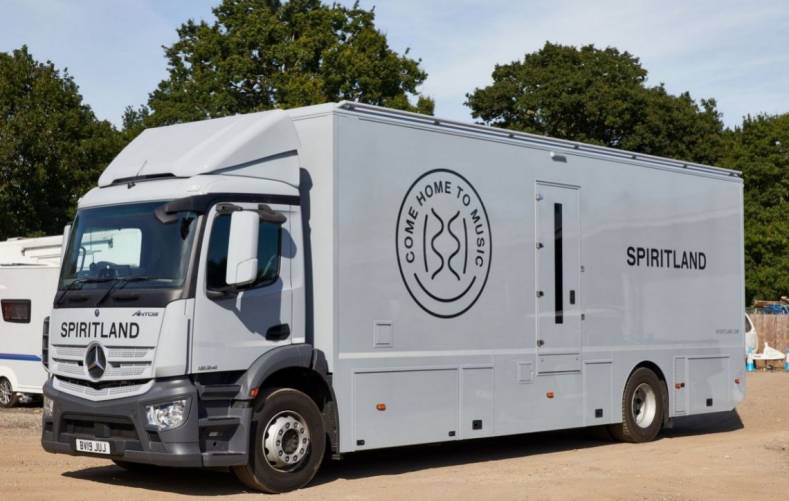 Radio production and facilities company Spiritland Productions has put a large-scale sound and video outside broadcast truck on the road to extend its studio and flyaway services. Spiritland One is based fully on IP technology for distribution and networking. It features a Solid State Logic System T mixing system and was system integrated by Megahertz Ltd, which will be highlighting the vehicle during IBC 2019

Spiritland Productions is part of the Spiritland brand group, which was founded by former BBC sound engineer and Guardian Media producer Paul Noble in 2014. Noble, who also ran programme provider PopUp Radio, is creative director of Spiritland, which initially established what is described as "spaces for music lovers". These include a bar and restaurant at the Royal Festival Hall in London, a bar and an associated radio studio in the Kings Cross district and a Mayfair shop.

The group expanded to provide radio programming production and facilities support under the branding Spiritland Productions. Run by Gareth Iles and Antony Shaw, also ex-BBC, it works closely with Virgin Radio, particularly on the Chris Evans Breakfast Show. It has also been involved in covering the Glastonbury and Reading Festivals, as well as hiring the Kings Cross studio out to the BBC, Spotify and Facebook, amongst others.

For location work the company has used flyaway systems, including for Chris Evans' broadcasts from Monaco in July, but it has now moved into fully-fledged OBs with Spiritland One. The brief for the truck came from its operators' experience of the radio OB market, while at the same time employing the latest audio technology at its core. 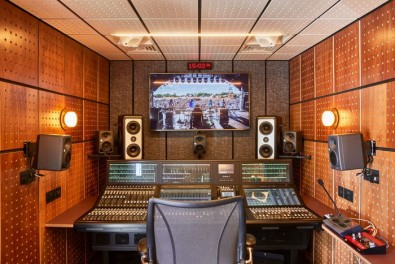 Spiritland One is based on an 8.5m Mercedes Benz Antos fixed chassis truck. Coach building was by Spectra Specialist Engineering, while systems integrator Megahertz began with a Dante audio network to create a complete IP infrastructure. This connects to an Optocore stage system, which also uses Dante and is able to work with the Riedel Bolero intercom system. There are additionally eight MADI stage connections that can plug directly into devices on the network.

At the centre of this is the SSL System T audio over IP (AoIP) mixing and audio production installation. Also part of this are two T80 Tempest Engines, for redundancy, and four SB 32.24 stage boxes. This set up delivers 128 mic/line inputs and processing for 800 active audio paths. Another key element is the inclusion of Dante, as Antony Shaw explains: "At the BBC we were early adopters of Dante and the ease of expansion of the network audio side of things is really appealing."

Gareth Iles adds that its was decided to create an entire IP production chain to increase efficiency and decrease clutter in the working areas: "Having a truck working on an end-to-end IP infrastructure is incredibly efficient, not only in terms of reducing the amount of equipment we work with but also in the time saved at the venue, which allows us to focus our energies on creating a better sounding product."

The truck comprises two distinct areas: the mix room at the front of the vehicle and an engineering space behind that. The audio production suite features Dolby Atmos immersive sound and was designed in conjunction with Dolby to ensure high quality for monitoring and mixing.

Spiritland One went on the road in June, since when it has worked on the Cardiff Singer of the World Competition for BBC Radio Wales and live TV and radio productions for BBC4 and BBC Radio 3. It will be on the Megahertz stand during IBC from 13 to 17 September. 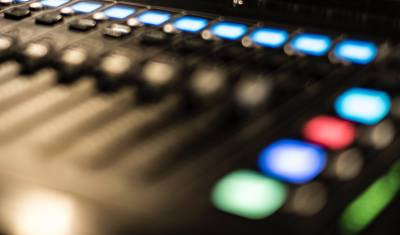 Check Your DAW’s Audio Plugins, They Are Probably Better Than You Think

Every digital audio workstation — even the free ones — comes with a set of plugins for processing audio. Most us forget about them, concluding that to get quality audio processing we need to spend big money for name-brand plugins endorsed by wel…