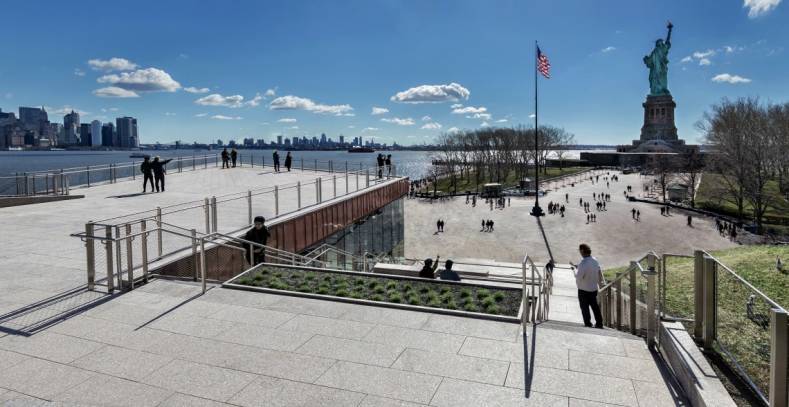 Humans create their art with the materials available in the era they live in. When French workers created the 151-foot tall Statue of Liberty in the 1870s, they used copper, iron and granite for construction. Five years ago, when a new generation of workers began creating the Statue of Liberty Museum to tell the story of the iconic monument, they employed 8K video and immersive audio, along with physical artifacts, to inspire the 4.3 million annual visitors to the statue site in New York Harbor.

The newly opened $70 million Statue of Liberty Museum represents a remarkable fusion of modern audio and video technology with historical storytelling. In its 26,000 square feet, the new museum is divided into sections, beginning with three immersive theaters. It then moves through a series of exhibits that mix immersive audio with physical elements. All combine to drive the Statue of Liberty story in 13 languages.

The exhibits and visitor experience in the museum were designed by ESI Design, founded by Edwin Schlossberg, a pioneer in the creation of public experiences. The museum building was designed by FXCollaborative and is integrated with the surrounding parkland on Liberty Island.

The Statue of Liberty itself, a gift from the people of France to the United States, was designed by French sculptor Frédéric Auguste Bartholdi and its metal framework was built by Gustave Eiffel. Its design has stood the test of time and long been an inspiration to immigrants entering New York Harbor.

Among the most dramatic video images in the immersive theatre are the extremely close-up 8K drone shots of the face of the Statue of Liberty, something no one has ever before experienced. Nick Hubbard, a senior designer at ESI, said the process of getting the drone shots was intense, beginning with several months of negotiations to secure the necessary filming permit from the National Park Service, the government agency that oversees the statue. After the permit was approved, the actual shooting was done by ABC/Disney with two drones last spring during off hours on Liberty Island.

"The filmmakers who did the drone shots actually stayed at the statue overnight to get shots from sunset to sunrise. There were many challenges to the logistics of getting it done.” Even with careful planning, there were many anxious people about doing such a radical shot so close to the face of the statue. "One of the reasons it took so long was to get everyone on board and have them confident in doing it,” said Hubbard. “But we were all excited about the potential.”

Inside the statue, a specialized camera mount typically used to shoot from motor vehicles was attached to an emergency lift. The lift was then slowly moved through the statue with the camera on top. The results were stunning.

As for the sound, Nick was one of a team of designers who was responsible for designing the overall exhibit experience in the museum, said he wanted the soundscapes to have a sense of theatricality. "This is a historical museum and many of the elements are documentary. We wanted to layer in additional experiences that would take the visitor back to that time when the statue was built in a way that was more emotional and poetic. We were able to do this with the sound.”

All the creators, Hubbard said, had a wide range of historical material to work from, but the end result didn't have to be grounded fully in source material. "When we talk about immersive sound, we ask how do you take a physical space and create an experience where people are connected to that space and have a new understanding of that space. Sound can actually build out that experience.” 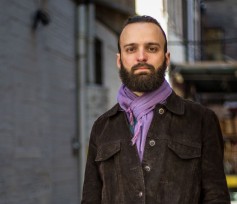 Jeremy S. Bloom, a New York City-based independent sound designer who created four of the immersive soundscapes for the project, gathered sound from a range of sources. Then, rather than use a fixed surround system, he and the sound team sent a single sound element to each of dozens of speakers mounted in the walls, floor and ceiling of the various exhibits.

Many of the location sounds were recorded by Bloom on a Sound Devices 702T mixer/recorder and a Sennheiser MKH40 mono microphone. In one case, Bartholdi had used a construction process called repoussé, which involved creating full scale sections of the statue in plaster and then building large wooden molds around each. Onto these molds, thin sheets of copper were hammered to create finished sections of the statue.

To recreate the sounds of construction process of the statue, Bloom recorded at Les Metalliers Champenois in Paterson, N.J., where French workers helped restore the statue in 1984. Bloom recorded the natural sounds of copper being hammered into the wooden molds. He then recorded French speaking actors for the natural sound of workers in the shop. His immersive mix made the construction process come alive as museum visitors experience the processes used to build the statue.

“In creating these soundscapes, we drew from numerous sources,” Bloom said. “We were able to inject some humor into the Constructing Liberty soundscape. The voices of the French actors, which were improvised and based on Bloom team's research, are at one point heard gossiping with each other about who the statue is modeled after (still a mystery). It's a bit of an easter egg for people who speak French and are in the soundscape at that moment.” Once all the effects were recorded and processed, Bloom layered the sound together on Avid’s Pro Tools system. "All the layers are completely planned. As you wander between them in the museum, you are curating your own experience. The sounds are always playing, but are in sync with each other. As you move from one speaker to another, it is not a jarring experience, but a seamless one.

Once the soundscapes were mixed and tested on a sound stage, the master mix was brought to the museum. There, it was put on on a QSC Qsys Core server with redundant backups. Each sound stem was fed to an individual speaker.

"Working in a museum environment means we can put speakers wherever we want,” said Bloom. "Unlike Dolby ATMOS or surround, where the speakers have to be in specific places and sourcing is done on the software level, we could truly source sound from anywhere on a physical level. We worked with Steve Haas (SH Acoustics, Milford, Conn.), who designed the speaker system. We were not bound by a particular platform or speaker configuration. Many of the sound sources were recorded as mono and that allowed us to pan it from anywhere.” Haas used QSC’s Q-Sys DSP platform to route the huge matrix of sound stems to speakers ranging from standard built-in monitors to custom transducers attached to the backs of walls in the exhibits. The idea was to create an immersive soundscape each step of the way for visitors.

Once the sound elements were routed, Haas tweaked the EQ, delay and volume of each speaker to make the elements work together. Once the balance was achieved, three separate global volume levels were included to adjust the volume level to the size of the crowd visiting the museum at any one time.

Parts of the exhibit come from the audio archives at Ellis Island, where real life immigrants relate their verbal experiences of coming to America under a cone of sound from above. There is also a recreation of the opening ceremony, with an actor impersonating President Grover Cleveland making his dedication speech along with the sound of bands, crowds, harbor tugboats, fireworks and canons being fired. New York City’s first ticker tape parade, held to celebrate the opening, is recreated through realistic atmospheric audio. 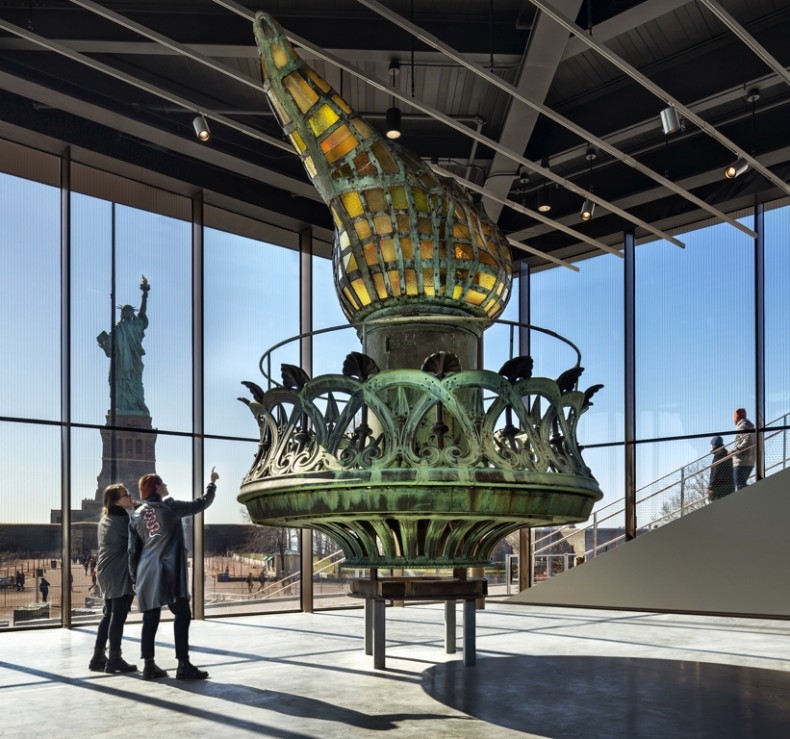 The entire 45 minute museum experience creates a realistic story for visitors. At the end, an interactive display allows visitors to record on video their personal feelings about what liberty means and display them for others to see.

"All this technology provides an amazing array of tools to present stories. But ultimately, the story has to lead,” said Bloom. “The sound must support the story, which is the most important part of all this. Sometimes people are obsessed with the latest gadget or the newest thing, but if it's not working to tell the story it's totally useless.” 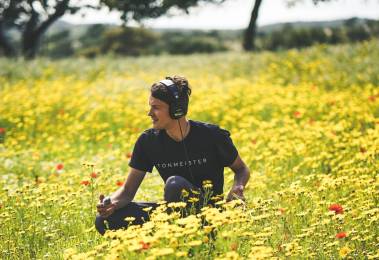