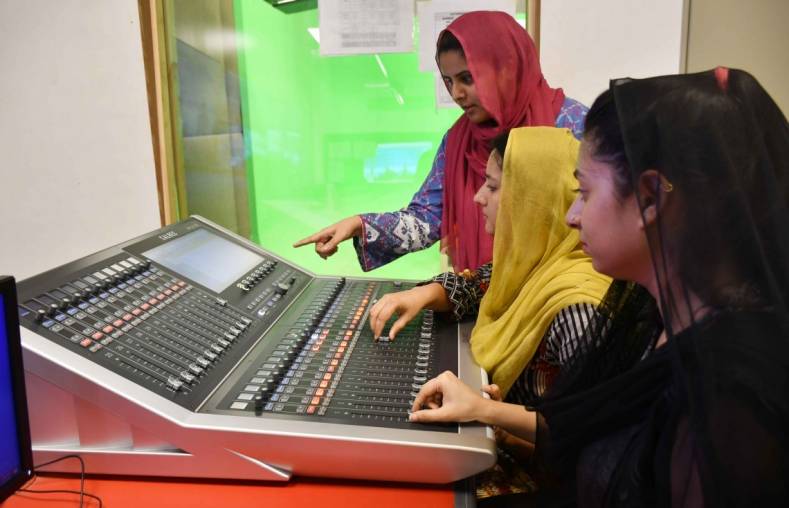 Using the Calrec Brio36 console, AAP is the first channel in Pakistan to benefit from Dante audio-over-IP networking.

Lahore, Pakistan-based AAP Media Network has purchased six Calrec Audio Brio36 consoles for live, on-air mixing for two of its news and infotainment channels: AAP News and Indus News. AAP is also planning an additional channel launch for later this year that will also rely on the consoles’ many features, including full Dante audio networking compatibility, making AAP the first channel in Pakistan to benefit from audio-over-IP using Dante.

“When we started working on these two new channels, I wanted to make sure that we were using consoles that would foster innovation and make mixing easy, and Calrec satisfies both those requirements,” said Suhail Ahmed, Group COO at AAP Media Network. “The Brio consoles took our engineers only 30 minutes to configure and two days to learn; by day three we were up and running. They offer easy access to preamps and our studio resources can be accessed remotely via Dante. All of our engineers are Dante certified, and Dante is able to fulfill our networking needs at the moment. Though as we grow, we plan to deploy Hydra2.”

Jawad Ali, General Manager, Broadcast & IT at AAP Media Network, said that the Brio provide a single control panel that covers and caters to all of its needs and has allowed them to take away external third-party devices, reducing system complexity and deployment time.

Four of the Brios are located in AAP Media Network’s main studio in Lahore. The fifth is housed in its studio in Karachi and the sixth in its Islamabad facility. AAP NEWS, an Urdu-language channel, and INDUS NEWS, an English-language channel, both reach local and international audiences. The AAP Media Network is a broadcast media house that broadcasts news and entertainment to millions in the region.