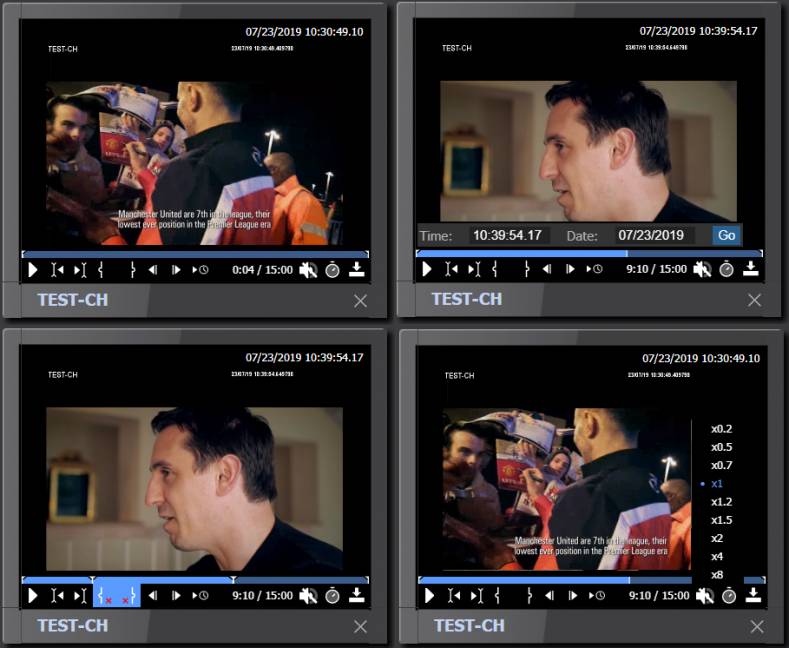 Qligent will showcase the extensive, feature-rich Vision platform and demonstrate the benefits of the new Vision Repurpose toolset on stand at IBC2019. The company will also highlight its Qligent Analytics product line at a special exhibit in stand 14.C19.

Vision Repurpose is particularly beneficial for routine operational tasks, such as creating on-demand news and sport stories, on-air promos, and posts for social media, web, and OTT outlets. It can also be used to efficiently create clips with burned-in timecode that verify compliance—such as closed captioning—or show advertisers that their commercials ran as agreed.

With just a few clicks, it lets users schedule and record off-air video in multiple resolutions and formats. Then, using the embedded HTML5 media player, users can browse the recordings for specific segments they want to repurpose. Using the cuts-only editing tools within the media player, users can mark the clip’s in- and out-points with frame accuracy to edit and trim the clip. These clips can then be exported directly to a nonlinear editing system (NLE) for craft editing or moved to servers or cloud-based storage for collaboration, distribution, and archiving.

The Vision platform is designed to operate on-premises, in the cloud, or a hybrid of the two allowing for distributed recording, such as locally for a station group and centralized editing all in one system. Vision Repurpose continues to offer users flexibility and control, such as whether they want certain tasks to be automated or done manually. Users also have full control over when and where any repurposed video is released for broadcast, online distribution, or proof of air.

It can be configured to take each user directly to a personal dashboard listing the video recordings relevant to their job responsibility. For example, sales staff would be shown a list of recorded ads, while the newsroom or branding departments would see recently recorded newscasts. Similarly, station executives can filter videos of interest, such as proof that an ad ran as agreed or that a show had proper closed captioning. Users can also search for specific segments based upon captions, timecode, or other criteria.

While recording can be performed manually, Vision Repurpose also offers 24/7 scheduling of automated recordings of any broadcast channels or program segments. Customers can record video locally or to their own private cloud storage or incorporate storage as part of their Qligent Vision service. Video can be captured in multiple compressed formats in resolutions up to 4K Ultra HD, and repurposed video clips can incorporate elements like the station’s logo bug.

For example, a call-letter station could use it to record its 6pm newscast in its entirety, or just a segment of interest, like the “A block.” When the newscast is finished, that recording can be viewed in the HTML5 player and edited to create a short HD promo of the lead story for that night’s 11pm news. Lower-resolution versions can also be quickly and easily output for posting to the station’s Facebook, Twitter and Instagram accounts and website.