Jeff Anderson, the owner of Mobile Tech Space, said the walls and ceiling of the companies' trailer have acoustic treatments for audio projects. The trailer is equipped with PreSonus StudioLive 16 and 32 audio consoles. 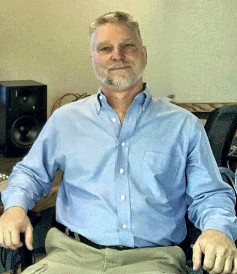 Anderson said that among the key features that make the PreSonus gear and software good for his operation is AVB (Audio Video Bridging). “The ability to consolidate signals and share content between consoles using tactical CAT6 is key for us,” he said. “At the Hopscotch Music Festival, for example, a StudioLive 16 served as a live streaming console with a StudioLive 32 handled multitrack recording in another location 250 feet away. We’re currently experimenting with ways to extend the AVB network over single-mode fiber, because the cable runs in some venues can be several thousand feet.” 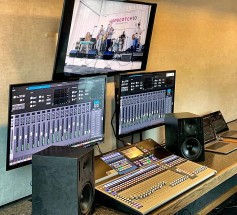 “The ability to control the consoles remotely using software is another key feature,” Anderson said. “We were able to control the remote streaming console from our trailer to help distribute the operator workload more evenly. Even though we had operators at both consoles, it helps tremendously to be able to quickly make adjustments on the fly to a remote console. Being able to see and control the StudioLive using an iPad is key—especially when we’re working with broadcasters and other sound companies. It helps tremendously to be able to see and control our system while standing at someone else’s mix position.”