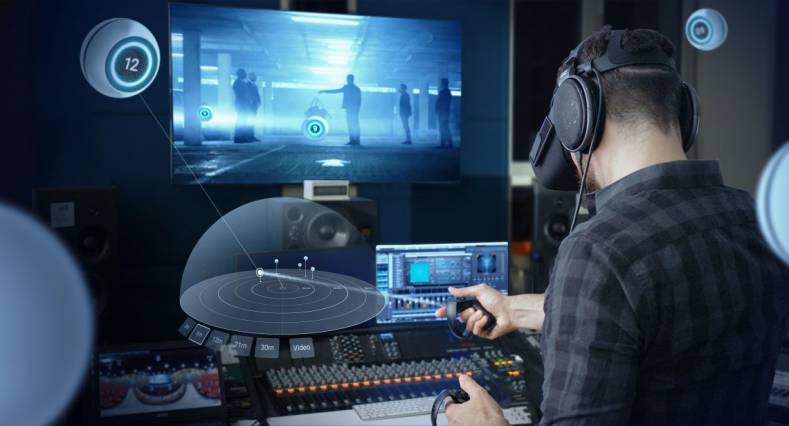 Founded in Düsseldorf in 2014, Dear Reality quickly established itself in the burgeoning audio for VR and other immersive applications with a range of plug-ins, including DearVR Music, DearVR Pro and DearVR Spatial Connect. These are used for mixing soundtracks and manipulating sounds; they are designed to work in conjunction with leading digital audio workstations (DAWs).

Sennheiser also identified VR/AR, 360-video and immersive audio for film and TV production as growing markets, targeting its AMBEO microphone at these areas. This is based on the Ambisonic spatial audio format and features four-capsules arranged in a tetrahedral configuration. Since launching the mic, Sennheiser has built up its AMBEO for VR Partnership Programme, encouraging collaboration with a variety of pro audio manufacturers producing mixing consoles, DAWs and software.

Dear Reality had already been collaborating with Sennheiser recently and this formal business move is regarded as a logical step. "We have been working closely with Sennheiser as an investor and partner for the past one and a half years and are excited to now become a part of the Sennheiser family," said Dear Reality founders Achim Fell and Christian Sander in a statement. "3D audio software has an ever-increasing importance in audio production.  Together we will expand our innovative, professional end-to-end workflows and develop new ones."

Under the new arrangement, Dear Reality will continue to run as a separate company. Uwe Cremering, a director of AMBEO Immersive Audio at Sennheiser, becomes a third chief executive at Dear Reality alongside Fell and Sander. Commenting on the deal, Dr Andreas Sennheiser, co-chief executive of Sennheiser, said, "For us, 3D audio is the future. With AMBEO Sennheiser is active in all areas of immersive audio production, from the initial recording to mixing and processing and, finally, reproduction. Audio software is an important building block in this chain, especially as regards VR/AR applications."