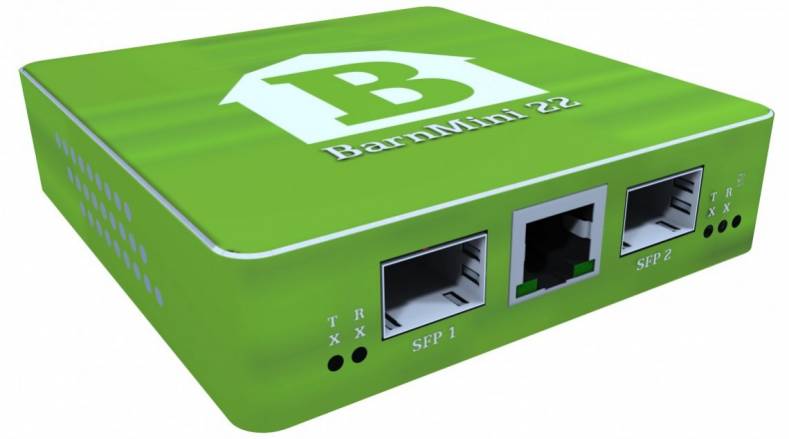 Barnfind Technologies BTF1-41 Frame, launched at IBC2018, has become the company’s most advanced unit to date.

The frame combines conversion from copper to fibre and back to copper with distribution and routing of 32+ signals in a 1 RU package, and will be shown at this year’s IBC with an optional BNC-32 mid board. This will provide users with even more flexibility of an electrical interface.

Wiggo Evensen, Barnfind CEO says, “The BTF1-41 is our most advanced unit to date, the first in the BarnOne series with multi-format 12G capacity that also incorporates HDMI 2.0 functionality, but now it will appeal to an even larger audience with the option to include a mini-BNC interface. We’re excited to show it alongside all our other fames and SPFs, BarnMini modules and StageBoxes.”

The vendor’s transport solution supports any digital protocol, whether electrical or optical. It is said to eliminate the need for heavy and expensive cabling by allowing up to 36 signals traveling through one single mode fiber over distances up to 80km (50 miles). The recent addition of support for the Ember+ control protocol enables control by third-party platforms.

The product also incorporates technology to address 4K, HDMI 2.0 and IP, and all legacy formats (including analog video) “allowing facility designers and production engineers to utilize new and mature technology seamlessly and with practically no distance limitations.”

New for IBC is an optional multi-format BNC-32 Mid Board for the Frame’s middle slot that allows third-party vendor technology to be integrated into the platform, “guaranteeing its longevity”.

Evensen adds, “This new card will give the user an electrical – high-density mini-BNC – interface to the crosspoint switch. The mid-board features 16 inputs and outputs. Its multirange capabilities allow signal transparency from low rates up to 12 Gbps. The additional functionality can be controlled and monitored by BarnStudio software, or numerous other control systems.”

In addition to the BTF1-41 Frame Barnfind will be demonstrating other units from the BarnOne range including the BTF1-10AA that offers 8x analog audio input and output converted to/from MADI.