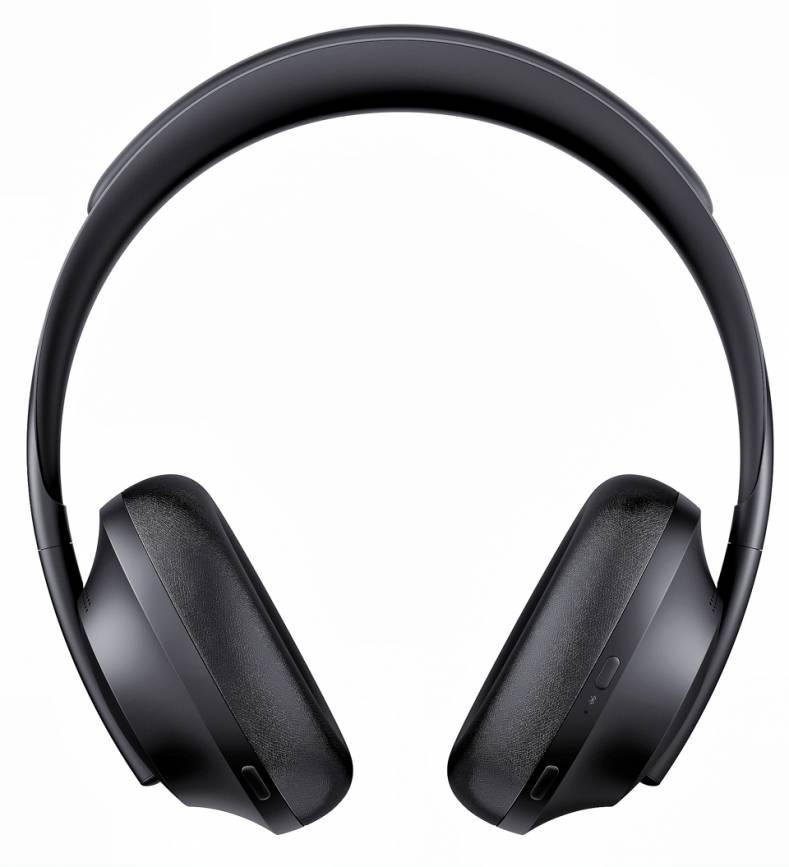 Forty years ago this summer, Sony introduced the Walkman portable music player. About the same time, Dr. Omar Bose, on a flight home to Boston from Zurich, tried out an early set of the miniature headphones that Sony sold with the Walkman. Frustrated, he couldn’t hear the music over all the cabin noise in the plane.

Both of these incidents were — to put it mildly — the start of something big. Sony’s little cassette music player began the mobile audio revolution that has changed the world. Dr. Bose, struggling to hear his music, had an "ah-hah" moment on that plane that led to dramatically improved headphone audio.

While on the flight, Dr. Bose sketched on a note pad the basic circuit for the first noise reducing headphones. When he returned to Boston, he set up a research program at his company, the Bose Corporation, to investigate how ambient noise could be reduced with active noise cancellation.

Bose's Noise Reduction Technology Group (NRTG) spent millions of dollars on research and development. In 1989, Bose introduced the first noise reduction headset designed for airplane pilots who struggled with high noise levels while flying. The rest of this story for both Sony and Bose became audio history. 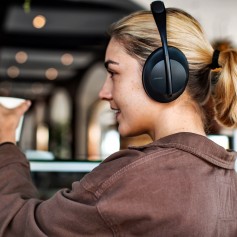 Since that first Bose NR headphone product, the company has focused on the quality of the noise cancellation, as well as the audio performance and long-term comfort of the headphones. Today, many competitors make noise reduction headphones, but Bose remains a leader in the field.

This month, the company introduced a major new design in noise reducing headphones. It added an eight microphone array and adjustable noise reduction that overcomes a clarity problem that has long plagued all wireless headphones used for communications. The Bose Noise Cancelling Headphones 700 debuts technologies that seek to isolate the user’s voice from 360 degrees of unwanted sound. In addition to listening to music, these headphones would serve engineers who must monitor sound in loud ambient environments. 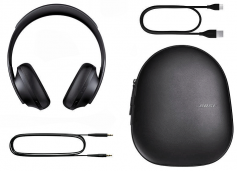 When surrounded by competing conversations, rush-hour traffic, loud subway platforms or extremely noisy public events, most NR headphones capture annoying artifacts that make it hard to have a clear two-way phone conversation. The 700 uses a redesigned acoustic and electronics package, improved digital signal processing and the eight microphone array to solve the problem.

Six of the microphones cancel noise, so it doesn’t reach the users' ears. Two of those microphones combine with two others to enable clear voice pickup. A beamform-array isolates speech, suppressing everything else that’s audible. 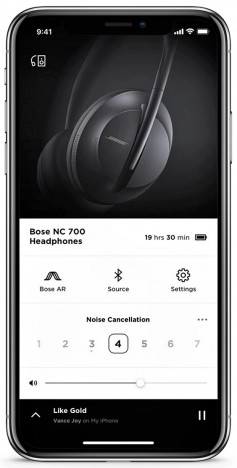 A rejection-array adds a second line of defense. It tracks and then blocks the most disruptive remaining sound in real-time. This works with any mobile device paired via Bluetooth with the 700 headset. It also works with Siri for iOS, Google Assistant and Amazon Alexa as well as Bose's AR (augmented reality) apps.

We have long used Bose QuietComfort 35 II headphones for phone calls and interviews. Though the headphone wearer can hear incoming audio very well, the microphone often picks up strange background noises that make it hard to be heard on the other end. There was little that could be done about it.

Bose sent us a pair of 700 headphones to try. The improvement in communications was dramatic. We called people who had complained earlier about the sound of the 35 headphones. In every case, they said the sound of the 700s was as close to perfect as they had ever heard on any brand of headset. Bose has clearly nailed it.

The 700 headset also now makes noise cancellation adjustable on the companion Bose smartphone app. NR can be set to be extraordinarily quiet, yet a switch allows a conversation mode for the user to better engage with the outside world.

The Bose Noise Cancelling Headphones 700 are built with stainless-steel components. Capacitive touch on the side of the headset works for common commands, like answering and ending calls, muting audio, changing volume, pausing music or skipping tracks. The phones distribute weight across the headband for long-term comfort and has up to a 20 hour battery-life for all-day use.