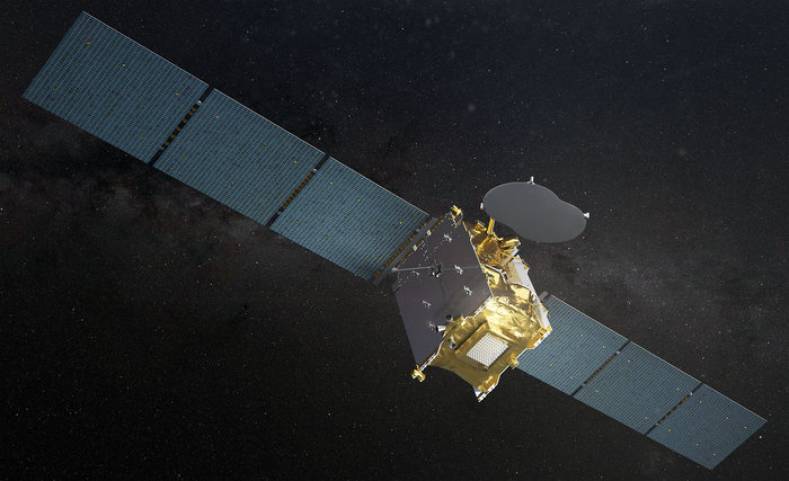 Eutelsat is one of the world’s big four satellite platform operators.

This stake, in the form of shares and convertible bonds, reflects trends both in satellite operation and pay TV as Eutelsat acts to offset a long-term decline in DTH services by exploiting the rapid rise in mobile video consumption. Like other platform operators, Eutelsat’s operations and revenues are tilting from DTH towards overall network services, although these include video via OTT and also transport over CDNs.

Eutelsat, itself headquartered in Paris, and Broadpeak, plan to collaborate in expanding their respective portfolios of services for telecom operators, media groups and content owners by offering them turnkey video delivery products enabling them to respond to the rising demand for video content on all networks. They will also work together on projects aimed at integrating satellite technology into 5G mobile networks.

Eutelsat's investment in Broadpeak is part of a broader strategy to integrate satellite communications into the IP ecosystem, following the launch in September 2018 of its hybrid CIRRUS satellite-OTT platform. Owning a fifth of Broadpeak, which itself was a spin-off from Technicolor, will give it a significant influence over future direction.

Broadpeak was one of the early movers in taking CDN technologies beyond IPTV and into terrestrial and satellite networks, having been working with Eutelsat since 2015. It has also been an early advocate of multicast delivery over IP, which is widely seen as essential for scaling live streaming to large popular events. That too will appeal to Eutelsat as it looks towards new sources of revenue from video delivery beyond DTH.

But a primary focus will be on convergence between 5G and satellite, partly to exploit opportunities in large niche areas such as aviation, but especially to capitalize on the boom in mobile video. The latter was first stressed as a major opportunity for satellite platform operators just over two years ago at a conference held in Brussels in June 2017, organized jointly by the European Space Agency and European Space Policy Institute (ESPI). Attended by all the leading European satellite operators and representatives from three directorates of the European Commission, the main message was that on-going development of 5G infrastructure provides a unique opportunity for seamless integration of satellites with terrestrial networks. The space industry was urged to exploit this opportunity by working closely with the terrestrial sector in areas of mutual interest, such as interoperability, network orchestration and spectrum use.

Eutelsat is one of the big four global satellite platform operators with annual revenues in 2018 of $1.48 billion. The others are SES, Intelsat and ViaSat, with SES the largest at $2.24 billion revenues in 2018.