At the NAB Show 2019, the eSports game panel filled the North Hall theater.

Computer games, or eSports, are on the verge of eclipsing open field athletics as the biggest money makers on TV or the Web. 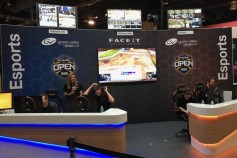 The gaming pod in the Grass Valley exhibit

eSports (electronic sports--think “video games”) were a major attraction at the NAB Show 2019 with gaming stages at several of the larger exhibitors’ booths.

There was also an Apex Legends Game Play area open to all NAB attendees for free game play where they could qualify for the tournament against the pros. 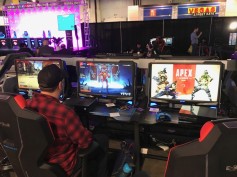 They even had gaming instructors on hand for beginners

But for those of us who had lost track of the video game evolution since we learned the 23-count trick when shooting the 2nd saucer in Space Invaders, on Wednesday afternoon there was a well-attended panel discussion in the main stage of the North Hall, titled “The Esports Evolution: What's Next in Gaming?” that provided an excellent overview of this exploding phenomenon.

Their discussion is excerpted here.

After Vorhaus let the panel introduce themselves, he asked them to quantify the size of the eSports market.

Clevinger began the discussion by saying, “I’ve seen figures that domestic gaming is now a $120 billion industry and eSports is a growing part of it.” 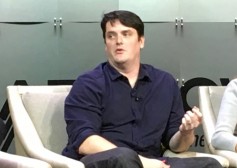 Josh Cook added, “The demo for eSports is 10-38 (years old), while baseball’s is getting older and older. So it is an awesome opportunity.”

“There are billons of video gamers out there,” she said. “They have higher average incomes than traditional sports fans, and 70% of the viewers on Twitch are amateurs so there is a real thirst to learn.” 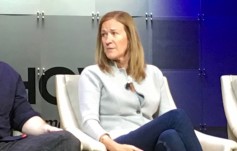 Vorhaus inserted that he’d seen data estimating the worldwide revenue for eSports was around $2 billion, divided 50/50 between China and the rest of the world.

Hand said that was projected to grow to $3 billion by 2021 globally, but that was only taking the pro leagues into account.

“We need to include sponsorship and merchandizing,” Chris Roumayeh added. “We just completed a deal with Champion but you can’t even compare it with the deal Nike made with League of Legends in China.”

“Last year, 33 million people cut the (cable) cord,” Cook said, “ so that pushes them directly into the platforms that eSports is putting content. Sponsors are well aware of that, so that’s where they will be putting a lot of effort in the next few years.”

Vorhaus then asked them to talk about team valuations, citing that the first time the L. A. Clippers basketball team was sold the price was $12 million. 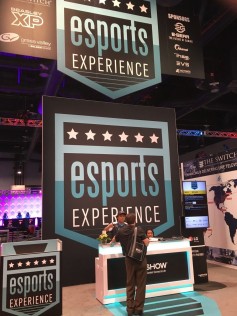 “The recent Forbes list that was distributed just two months ago has lists of (eSports) teams valued at $100 million to $300 million,” Roumayeh said, “and the valuations are increasing dramatically. A lot of that has to do with the number of people who are watching eSports on a daily basis.”

He cited daily viewing of millions per day with many watching for many hours at a time.

Vorhaus asked how long it would be before they saw an eSports team worth a billion dollars. 5 years?

“Probably,” Cook answered. “The eSports crowd is like NASCAR lifestyle fans. Once they follow a team they don’t change.”

eSports is usually shown over the Internet rather than broadcast TV, Vorhaus pointed out. So he asked about media rights. 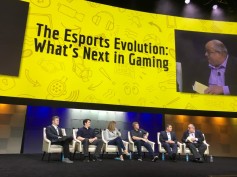 “The media rights are only going to go up,” Cook said. “At the Grand Finals last year, we had over 3 million concurrent (viewers) on Twitch and ABC, and we hit that amazing demo.”

As a result, this could change the way we think about viewing sporting events.

“We all have this massive TV in our front room,” Johnathan Wendel said. “But a lot of PC gamers are not using it all that much. That’s why they are cutting the cord. But for the future of (gaming fans) we want to have that interaction. So for the new generation of viewers we want to have that chat going on the side while watching that big major tournament.” 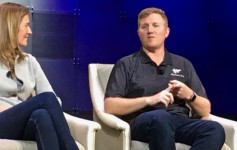 Wendel turned professional in 1999 at age 18 playing Quake III Arena. He has called himself “the best professional gamer of my generation.”

He sees it as maximizing the role of the second screen during a viewing party.

“If big broadcast networks could adopt new subscription models we could get the interaction happening on the side,” he said. “It’s already beginning to be part of events like ESPN, but it’s nothing like what could happen during eSports. If we could get that happening during the mainstream broadcast, I think that would be a lot more attractive to the new generation.”

When asked for predictions, Cook said, “eSports is going to take over baseball and be the 3rd biggest sport in the next few years.”

“My prediction is that within a few years,” Hand added, “you will be able to pan out into an eSports audience and see three generations of a family sitting in the stands.”

Moderator Vorhaus went a step further noting this NAB event was taking place in Las Vegas, speculating that we will soon find a large business in betting on eSports, especially fantasy eSports.

“There will be hundreds of millions of dollars bet worldwide on eSports within 3 years,” he predicted.

Then pointing at the audience, he added with a smile, “We’re looking forward to your wallet. Thank you, everyone.”