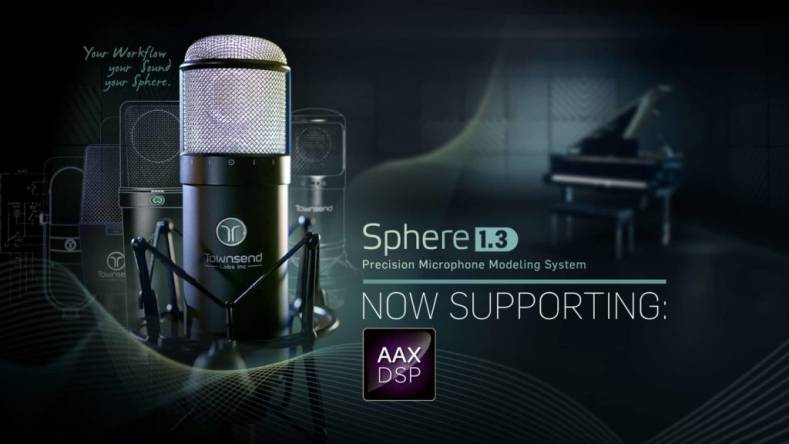 Townsend Labs has announced that AAX DSP support is now built into version 1.3 of the Sphere plug-in — the software component in the Sphere L22 microphone modeling system.

Townsend Labs said from the beginning the Sphere plug-in has been available for all major native plug-in formats, as well as on Universal Audio’s UAD-2, Apollo and Arrow platform. With the addition of AAX DSP support in Sphere 1.3, owners of Avid’s Pro Tools HDX systems can now integrate the Sphere microphone into their existing DSP-based workflow. They can now monitor the over 20 included classic microphone models with near-zero latency while recording.

The Sphere L22 captures the spatial in-room behavior of the original microphones, including transient response, harmonics, proximity effect and three-dimensional polar response. The system is comprised of a dedicated, dual-channel microphone and its software counterpart, the Sphere plug-in.

With version 1.3, the company adds support for AAX DSP, which means Pro Tools HDX owners can now use the microphone in their existing workflow. This extends the technology to audio post production and dialog recordists. Sphere is now the only mic modeling technology available for Pro Tools HDX.