Netgem says that integration of Amazon Alexa Video Skill APIs into its set top boxes will speed up channel navigation.

This means that the Netgem.tv service, currently available in the UK and Ireland, becomes integral to Alexa so that users can now ask directly for channels rather than having to prefix the request with “Alexa, open Netgem.tv…”.

Along with faster channel navigation, the netgem.tv skill for Alexa gives users a ‘search and play’ function for enhanced content discovery, so that for example ‘Alexa, search Killing Eve’ will elicit all the seasons and episodes. With any Alexa-enabled device, viewers can apply the new skill to switch between apps, live TV content, catch-up players from FreeviewPlay, as well as for functions like play, pause live TV, rewind, fast-forward, guide and navigate.

Sylvain Thevenot, Managing Director of netgem.tv, commented: “Voice Control is rapidly becoming an integral part of how users interact with their devices. The Video Skill APIs represents the latest innovation to enable viewers to better engage with their TV content in an easier, faster and more efficient way. Endless searching and clicking is now kept to a minimum with fast voice control, and losing a remote control is now not an issue in any household.”

Founded in 1996 Netgem was a pioneer of hybrid set top boxes but failed to become a major player and has recently reinvented itself firstly as a provider of cloud-based TV as a service products and then in June 2018 launched Netgem.tv in the UK. This features free to air content from Freeview Play, BBC, ITV, Channel 4, Channel 5 and UKTV, as well as paid content from Amazon Prime Video, Rakuten TV, Hayu, Hopster and Trace TV without the need for separate contracts, but not yet Netflix. It was extended to Ireland in March 2019 after several enhancements, including 4K and Dolby Digital support. 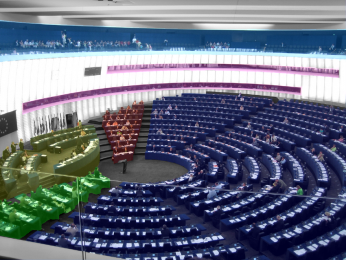 Europe’s plan to require OTT providers to include 30% local content in their programming will have little impact on the major international SVoD providers Netflix and Amazon. Their European strategy is already built around an expanding portfolio of local content p…

Broadcasters face a bewildering range of new technologies in an ever more competitive landscape. With new delivery platforms, OTT, streaming, cellular, VOD and others, broadcast professionals need to adopt the newest technology solutions to remain competitive. One key decision is… The BBC has taken one more small step on the long road to self-sufficiency by launching its BBC Player authenticated multi-genre SVOD service in Malaysia, the second country to receive the service. This is the latest move in the BBC’s…