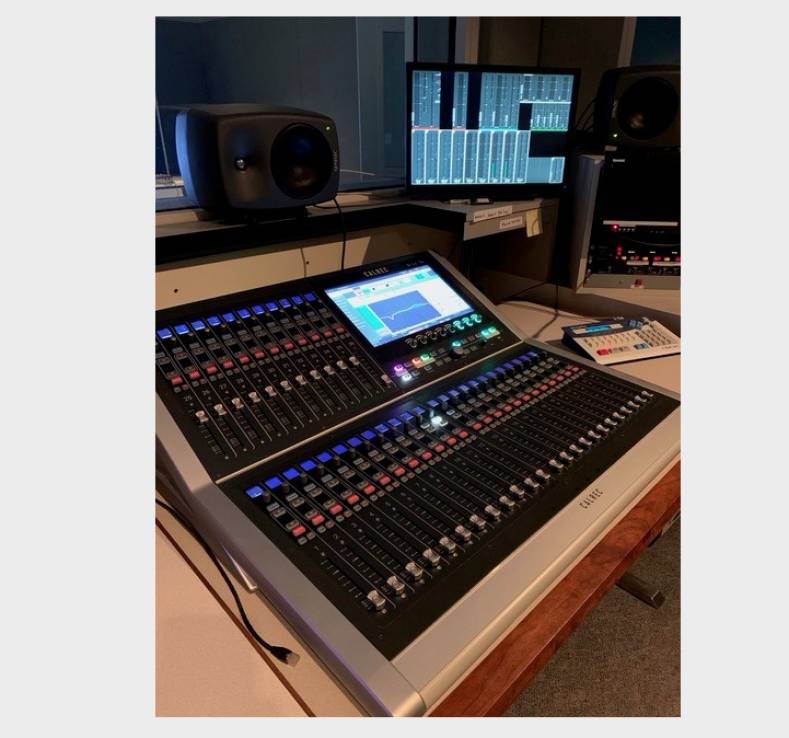 Due to the Brio 36 console’s small footprint, the staff can manage multiple surround sources (5.1) without maxing out the surface.

Looking to distinguish itself from the competition, KUED, Utah’s PBS station, has upgraded its studio operations to 5.1 native broadcast audio with the addition of a Brio 36 audio mixing console from Calrec Audio. The console will be used for the station’s studio-based productions, which consist mainly of talk shows and live fundraising events.

William Montoya, audio team leader for KUED, was looking to improve the overall sound quality of its programs while increasing the studio’s capabilities and he said the Calrec Brio 36 perfectly fit his technical specifications and price point.

“Brio’s built-in auto-mixing capability helps maintain a very acceptable background noise level by suppressing unused microphones dynamically in applications when we have multiple mics on-set or on-location at the same time,” he said. “This dramatically improves the sonic quality of our productions. We found this feature to be especially useful for the Utah State Governor’s press conference show, where we broadcast an unedited exchange between up to 11 individually mic’d reporters and the Governor.”

He said they wanted to have a 5.1 native console that could put a full 5.1 source on a single fader.

“With the small footprint of the Brio 36, we are able to manage multiple surround sources without maxing out the surface. We were also impressed with the fact that the console’s preamps feature plenty of clean headroom.”

Montoya also notes that there have been many early benefits of the Brio 36, including the easy navigation and self-explanatory user interface, which helped with the initial transition from the old to the new console.

“A really useful feature for us is having tone available on any input or output – in any format with or without identification,” Montoya said. “This allows us to track down audio channel issues in our broadcast chain using tone from the Brio. Additionally, the built-in loudness meter is a very useful tool; we can now be sure our mixes are meeting broadcast standards. The Brio was initially selected as a standalone replacement of a previous console, but with its expansion capabilities, we are already considering additional I/O for other rooms in our station.”

KUED has served the greater Utah area for more than 50 years. Its mission is to serve as Utah’s storyteller, producing several full-length documentaries about the region each year. KUED also contributes to National PBS program offerings, including Yellowstone Symphony, which aired this spring. The station is heavily involved in the community, running outreach programs every year in support of literacy and community engagement.